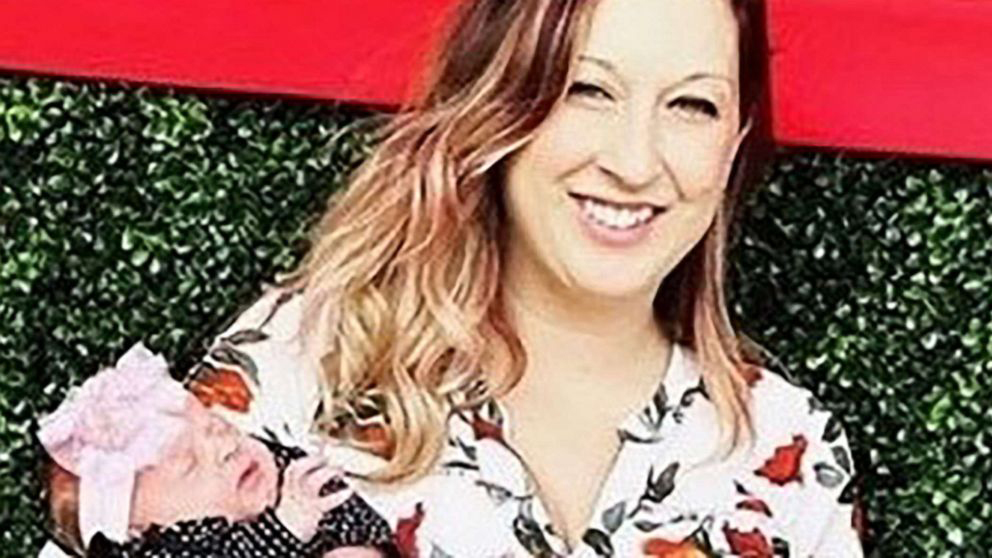 Austin Police Department (HOUSTON) — Friends and family of slain Austin mom Heidi Broussard came together at an emotional candlelight vigil Monday night, days after the young mom’s body was found and her friend was arrested for kidnapping.Broussard and her infant daughter, Margot, had been missing since Dec. 12 when Broussard was discovered strangled to death near Houston on Dec. 19, according to officials.A 3-week-old girl was found alive and healthy at the scene. Police said DNA testing was underway to confirm she is baby Margot. Child Protective Services said on Monday that the baby was reunited with her family.”I wish both of them could’ve came back,” Broussard’s friend, Katrina Collicott, told ABC News at the vigil. “I hope she looks like Heidi when she grows up.”Broussard, 33, also leaves behind a 6-year-old son.Broussard’s friend, Magen Fieramusca, has been arrested for kidnapping. According to an official briefed on the probe, police are investigating whether Fieramusca, 33, plotted to take Margot as her own child.Collicott said Broussard and Fieramusca met a church camp and “had been friends since they were young,” calling Fieramusca’s arrest “the biggest surprise of my life.””You call someone a friend for so long, then this happens … it’s disgusting,” she said.”I want to know why she did that to her closest friend,” Broussard’s friend, Carli Laughlin, told ABC News. “I want to know, why her.””I’m glad that everyone came out,” Laughlin said at the vigil. “For [Broussard] and her family, especially her children.”Fieramusca had allegedly been acting like she was pregnant and telling people that she was expecting a child, the official briefed on the probe told ABC News. Authorities are now trying to determine whether she was, in fact, pregnant, the official said. Baby registries allegedly connected to the suspect were found online, the official said.Fieramusca was booked at the Travis County Jail Friday on two charges of kidnapping and one charge of tampering with evidence with intent to impair a human corpse.Additional charges are possible, police said Friday.