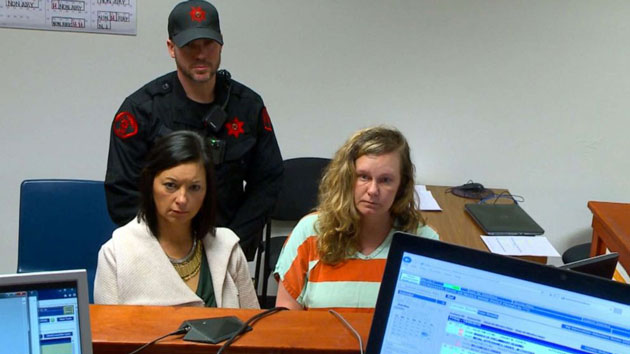 WOI-TV(DES MOINES, Iowa) — An Iowa judge set $1 million bond for a woman who allegedly went on a drunken, hate-filled hit-and-run spree which injured two young people of color, authorities said.Nicole Poole faces up to 25 years in prison for the attempted murder of a 12-year-old black boy and a 14-year-old Latino girl, said investigators with Des Moines Police Department.According to the police report, Poole was driving an SUV nearby Creston Avenue on Dec. 9 around 4 p.m. when she jumped the curb, knocked down the little boy and drove off. The child suffered cuts and swelling to his right shin.Less than an hour later in Clive, Poole allegedly mowed down the teenage girl as she was walking to school to watch a basketball game. The girl suffered a concussion and severe bruising and was hospitalized for two days.Initially police did not connect the two hit-and-run incidents until video was provided and witness statements lead them to believe Poole’s actions were intentional.”Looking at the three incidents collectively, the hate-filled motivation is apparent,” said Sgt. Paul Parizek in an email to ABC News on Tuesday. “The collective voice of metro law enforcement, and the communities we serve, is sending the message that if you commit biased-based crimes, we will charge you with the most serious offense applicable, with the most severe consequences. In this case, that charge is attempted murder.”Poole declined to make statements to Des Moines Police investigators when she was arrest, officials said.Poole was charged was two counts of intentional murder, assault, fifth degree theft, possession of a controlled substance and consumption/intoxication, according to Iowa jail records. If convicted for the top charges of attempted murder, Poole faces up to 25 years in prison for each count.Her next court date is on Dec. 30 for the consumption/intoxication charge. Copyright © 2019, ABC Radio. All rights reserved.