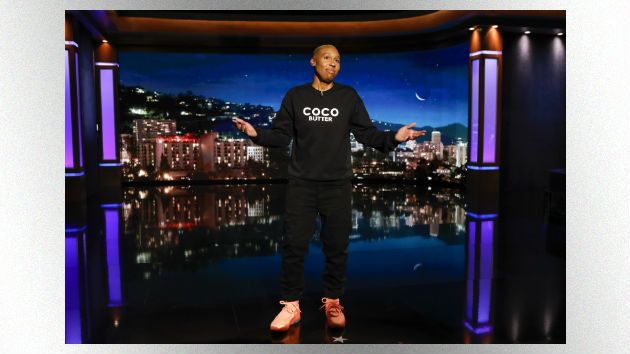 ABC/Randy Holmes(NEW YORK) — Lena Waithe officially has a busy 2020 ahead of her, but before she jumps into the new year, the Queen & Slim writer says she plans to first take it easy.

“I’m doing a staycation. I’m not going nowhere,” Waithe tells ABC Audio of her upcoming holiday plans. “I’ve been doing a lot of traveling this year. A lot of moving and shaking. Same thing with my wife.”

“The last thing on our agenda, I think will be the Just Mercy premiere, which I’m super excited about,” says Waithe. “Michael B. [Jordan]’s new movie. So, I’m Thanksgiving [Day], wifey is on Christmas [Day].”

“After that we’re gonna be able to actually go home and like sit down and actually enjoy our new home,” she continues before revealing that, “We just bought a house this year, renovated it. So we’re excited to be in it, and live in it, and chill in it.”

Waithe then explains why she really does need this year-end vacation.

“Because the truth is, I kinda realized I’m hitting the ground running first thing, top of the year in January with Sundance and, you know, kind of a little bit of other press in the U.K.,” she says. “So, it’s going to be busy bee once again in the new year. So I’m excited to kind of chill.”