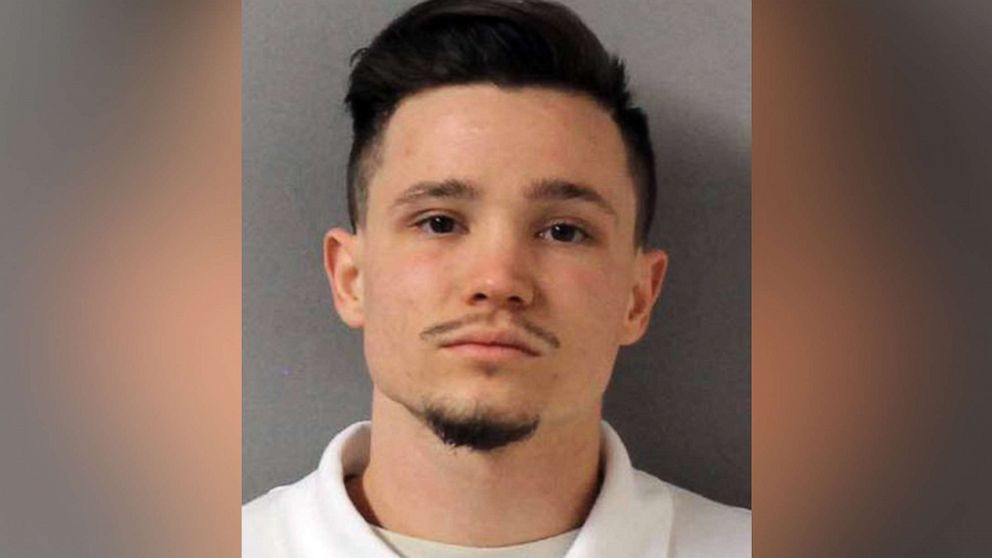 Nashville Police(NASHVILLE, Tenn.) — A 23-year-old man with “a violent criminal past” has landed on Tennessee’s “Most Wanted” list, charged in the fatal stabbings outside a Nashville bar of two college students, including the brother of San Francisco 49ers’ backup quarterback C.J. Beathard, authorities said.Michael Mosley, who was initially being sought for questioning in the slayings, is now the prime suspect in the frenzied attack early Saturday outside The Dogwood bar in Nashville’s Midtown neighborhood that left Clayton Beathard, 22, and Paul Trapeni III, 21, dead and their 21-year-old friend with stab wounds to the eye and arm, police said at a news conference Tuesday night.”Mosley has a violent criminal past. He is a convicted felon, convicted of violent crimes. We consider him to be a danger to the community and we are asking everyone to be on the lookout for him,” said Don Aaron, spokesman for the Nashville Metropolitan Police Department.Aaron said arrest warrants were issued late Monday for Mosley charging him with two counts of criminal homicide and one count of attempted criminal homicide.”We fully believe that he is the person who inflicted the stab wounds,” Aaron said.Police said that at the time of the killings, Mosley was free on a $5,000 bond after being arrested for aggravated assault in a brutal December 2018 beat down of a 37-year-old woman at a Nashville Walmart.Mosley had previously been convicted in a 2016 misdemeanor assault for squirting urine from a shampoo bottle on an employee at a Davidson County, Tennessee, jail on Christmas Day 2015, police said in a statement.In February 2018, he was convicted on multiple counts of armed robbery and was sentenced to two concurrent six-year prison terms, police said.Mosley was also convicted of two counts of felony aggravated assault in May 2015 for stabbing a man and cutting a woman and was sentenced to 3 1/2 years in prison in December 2017, police said.During a brawl in March 2019 involving more than 50 inmates at the Cheatham, Tennesee, County Jail, Mosley was caught on surveillance video allegedly stomping on an inmate’s head, the Chetham County Sheriff’s Office told ABC affiliate station WKRN-TV in Nashville.Asked how such a felon with so many convictions for violent crimes could be allowed out on the streets, Aaron said, “The police department doesn’t impose punishment, the police department is not in charge of incarceration, the police department is not in charge of sentencing.””Looking at this man’s past, the police department understands the community’s frustration and we sympathize with the community’s frustration,” Aaron said.Aaron appealed to the community to help the police catch Mosley and advised any of his friends or relatives who may be harboring him to contact investigators immediately.Aaron said the deadly incident began inside The Dogwood bar when Mosley allegedly made unwanted advances toward a woman who was with Beathard and Trapeni.”His actions led to a verbal dispute initially inside the bar, which led then to a physical fight outside the bar. The fight traveled across the street from the bar,” Aaron said. “During the fight, the investigation shows that Mosley was armed with a sharp object and during that fight, the two victims were fatally stabbed. Their friend, a 21-year-old, was also injured.”Mosley’s name was put at the top of the Tennessee Bureau of Investigation’s “Most Wanted” list Tuesday morning and a $2,500 reward was offered for information leading to his arrest.Commander Kay Lokey of Nashville’s Midtown Hills Precinct, who is leading the investigation, said detectives are working around the clock to seek justice for the loved ones of the victims.”I can’t imagine what they are experiencing, what they’re going through, but I can assure these families that when the detectives arrived on the scene they got busy. We don’t stop. We keep going,” Lokey said.Lokey had one message for Mosley: “If he’s watching, he might as well turn himself in.”Mosley was among four people seen together inside the bar who police were initially seeking to question about the slayings. Aaron said police have questioned a man and a woman seen with Mosley in the surveillance video taken from the bar, but they are still looking to identify and interview a third man seen in the security footage wearing a Nike sweatshirt.Aaron said Mosley’s companions are not considered suspects in the killings.”For now we are focused on Mosley,” Aaron said.Clayton Beathard was a junior at New York’s Long Island University, where he was the starting quarterback this past season on the school’s football team. Trapeni was a student at Rhodes College in Memphis.C.J. Beathard, who is a backup quarterback for the 49ers, immediately took leave from the team to join his family in Nashville.”Clay was an amazing, big and soft-hearted human being with an undeniable love for the Lord,” Clayton Bethard’s parents, country music songwriter Casey Beathard and Susan Beathard, said in a statement to The Tennessean.”He had his family’s, friends’ and teammates’ backs even to a fault,” the parents said. “I wish he would have been more inclined to take the high road but he hated ‘wrong."”The 49ers’ organization released a statement saying they were “shocked and deeply saddened” by Clayton Beathard’s death.”We extend our heartfelt sympathies to C.J. and the entire Beathard family as they cope with the unthinkable loss of a loved one,” the team said.Officials at the Battle Ground Academy, a college-preparatory school in Franklin, Tennessee, said in a Facebook post that Clayton Beathard, Trapeni and the third victim stabbed in the attack were all former classmates at the school.”We offer our condolences and deepest sympathy to the Beathard and Trapeni families,” the school’s statement reads. “We also offer our prayers and support to their BGA classmates, teammates, teachers, coaches, and friends. We understand this unexpected and devastating news may be difficult to reconcile.”