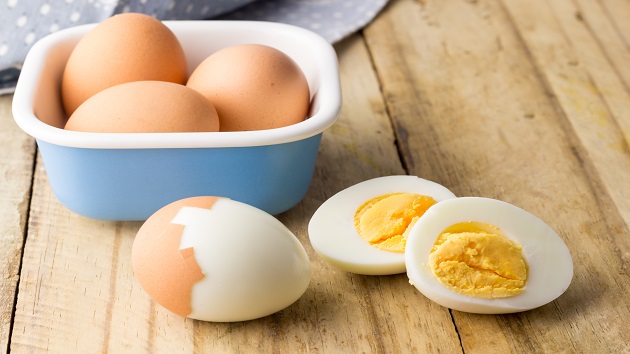 iStock/ToscaWhi(ATLANTA) — A voluntary hard-boiled egg recall has expanded to multiple other products, including ones from Trader Joe’s, amid a deadly listeria outbreak.The original recall was issued last week for all hard-boiled and peeled eggs in pails from Almark Foods that were produced in its Gainesville, Georgia, facility over a possible listeria contamination, according to the Centers for Disease Control (CDC).The listeria outbreak has left one person dead and four others hospitalized, according to the CDC.On Monday, it was announced that Almark Foods was voluntarily recalling all of its hard-boiled eggs produced out of Gainesville, including all retail, pillow pack, pouch pack, frozen diced and protein kit products, according to a statement from the company.Bakkavor Foods USA, Inc. also announced Monday it was voluntarily recalling its Trader Joe’s Egg Salad and Trader Joe’s Old Fashioned Potato Salad.The two products were recalled because Almark Foods supplied some of the egg whites that were possibly contaminated with listeria, according to a statement from Bakkavor Foods USA, Inc.The egg salad product from Trader Joe’s affected was the 6 oz. container with a “use by” date up through and including 12/27/19. The Trader Joe’s potato salad product was the 20 oz. container with the same “use by” date range.The outbreak has so far only affected a handful states, but the products were shipped across the country.There have been seven reported cases of listeria infections across five states — Florida, Maine, Pennsylvania, South Carolina and Texas — amid the outbreak, according to the CDC.The federal agency warned against selling, serving or using the eggs produced by Almark Foods from Gainesville to make other food products.Listeria can affect people in different ways. For pregnant women, symptoms typically include fever and other flu-like behaviors, such as fatigue and muscle aches, according to the CDC.However, an infection can lead to an array of troubles like miscarriage, stillbirth, premature delivery, or life-threatening infection of the newborn, the CDC reported.For those who aren’t pregnant, symptoms include headache, stiff neck, confusion, loss of balance and convulsions, in addition to fever and muscle aches.Symptoms of listeria in any person typically begin to show between one to four weeks after eating the contaminated food. The full list of recalled products can be found here. Copyright © 2019, ABC Radio. All rights reserved.