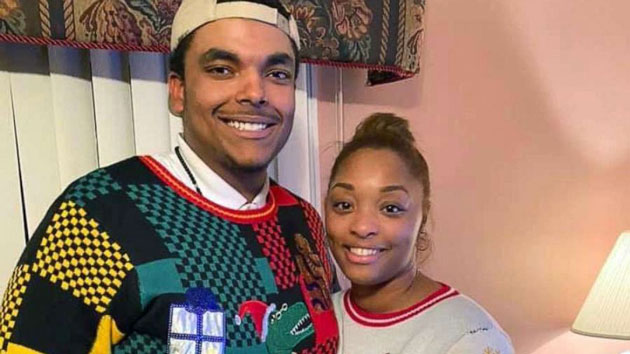 LaShonda Williams(RALEIGH, N.C) — One future mother-in-law’s video has gone viral after capturing a heartfelt proposal during a night of playing a home version of “Family Feud.”Fayetteville couple Joshua Powell and Kiana Myrick shared a moment seen so far, by over 1.3 million people. Powell asked Myrick a series of wedding-related questions on Dec. 23 like “name a day a woman always dreams about” and “name something a woman wears all white to.”Finally, he said, “How would you finish this — will you marry me?” Myrick said, “Yes, I will,” and laughed without realizing that he was actually serious, according to ABC News’ Raleigh affiliate, WTVD.LaShonda Williams, Powell’s mother who posted the video told ABC News that once her son found out she was diagnosed with breast cancer in March, is when he began planning the proposal.”He wanted to ensure I would be here for his big day,” Williams told ABC News.Williams said they planned on Myrick answering questions during the fast money round. “She] had no idea. No one at the party [knew], but us and her mom until they made her go out of the room.”In the video Powell said ‘A lot of people might say we’re young, but life is too short.” The couple dated for eight years and Powell said in the video he wanted 88 more with Myrick.