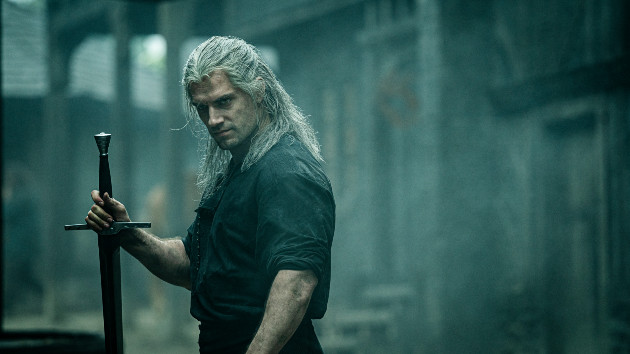 Netflix/Katalin Vermes(LONDON) — If you spotted hunky Henry Cavill on the set of The Witcher and offered to buy him a drink, you might have had a good shot of him taking you up on it.  That’s because at one point, he was starving himself of liquids.

In order to make his heroic physique pop, the former movie Supermanunder underwent a strict regimen that fitness models for magazines like Men’s Health and others, do: he dehydrated himself.  He told Graham Norton that it was a weaning process that ended with the tap, literally and figuratively, being turned off.

“That’s the worst part of it. Like, diet is difficult, and you’re hungry, but when you are dehydrating for three days, you get to the point on the last day where you can smell water nearby,” the actor admits.

The practice, Cavill explains, sheds any excess bloat: “it makes your skin really thin, so it sits on the muscles,” he said.  For the record, he added, “It’s not healthy.”

Between that, and some last-minute push-ups, Cavill got his shirtless shots in the can, and his handiwork can be seen on Netflix now.

Believe it or not, Cavill was a pudgy young man — he was teased as “fat Cavill” in school — and more recently lost out on the 007 to Daniel Craig, in part, he says, because Casino Royale director Martin Campbell thought he was too fat. Cavill eventually became Superman, of course.  So if he could do it, you’re all out of excuses for that get-in-shape New Year’s resolution.