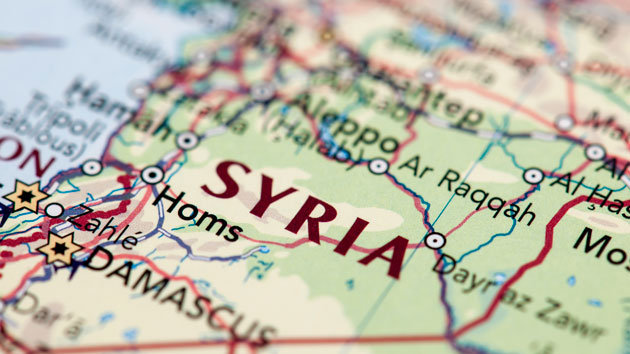 iStock(WASHINGTON) — President Donald Trump issued a Twitter warning Thursday to Syrian strongman President Bashar al Assad and his backers Russia and Iran amid their assault on the last rebel stronghold in the war-torn country.It’s at least the third time Trump has urged Assad and his allies to halt an operation on the Idlib province since last fall, as Assad tries to use his military to retake the country after nearly nine years of war.But while Trump has in the past vaguely threatened to retaliate, the assault has continued on and off since then. The latest ground operation and intense aerial bombardment began about a month ago.”Russia, Syria, and Iran are killing, or on their way to killing, thousands of innocent civilians in Idlib Province,” Trump tweeted. “Don’t do it! Turkey is working hard to stop this carnage.”Unlike his previous warnings, Trump’s tweet on Thursday did not include a threat to retaliate.Syrian government forces, backed by Iranian proxies and Russian air power, have moved into the northwest, taking dozens of villages in recent weeks. Over 100,000 people have been forced to flee their homes, while an estimated half a million more could be displaced if the violence escalates, according to the International Rescue Committee.”Humanitarian organizations are reeling under the weight of Idlib’s overwhelming needs,” said Rehana Zawar, IRC country director for northwest Syria. “To prevent a humanitarian catastrophe on a massive scale, we are making an urgent call for an immediate ceasefire.”Since April, over 500,000 people have been displaced by Assad’s offensive on Idlib, where over three million civilians live, including roughly one million who have been displaced elsewhere within Syria, according to humanitarian groups. Al Qaeda-linked militants also control chunks of the province, with Turkey serving as a protectorate — putting it at odds with Moscow, despite warming relations under Turkish President Recep Tayyip Erdogan and Russian President Vladimir Putin.Trump has previously taken credit for quelling fighting after a ceasefire was reached between Russia and Turkey.”Nobody’s going to give me credit but that’s okay. That’s okay because the people know… Millions of people have been saved,” Trump said on Sept. 26, 2018, weeks after tweeting a similar warning to Assad and Russia.But since this spring, Assad’s forces have continued to creep into the rebel stronghold, with Iranian proxies and Russian warplanes — even after another Trump warning in early June.The Trump administration has said that Assad cannot credibly lead the government of Syria and that the U.S. would restrict global funding to rebuild the country while he is in power. But that leverage has so far failed to convince Assad — or more importantly, Moscow — to agree to a ceasefire and engage in good-faith peace talks.Critics say that’s in part because Trump’s threats ring hollow after he has twice moved to withdraw all U.S. forces from the country and their mission to defeat the terror group ISIS — although Trump also twice ordered military force to respond to the Assad regime deploying chemical weapons.Copyright © 2019, ABC Radio. All rights reserved.