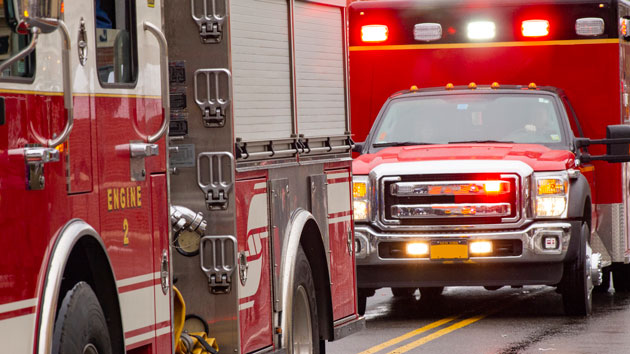 iStock(CONCORD, Mass.) — A massive fire broke out at a home in Massachusetts Friday, destroying parts of the mansion as flames poured out of the windows.The response is ongoing to the blaze in Concord, about 20 miles outside of Boston, according to town officials.

— Town of Concord (@TownofConcordMA) December 27, 2019 The house is a five-bedroom, five-bathroom mansion built in 1897, reported ABC Boston affiliate WCVB, citing town records.Video from the scene showed much of the second story engulfed in crackling flames as plumes of smoke filled the air.Concord fire and police crews are at the scene.There were no reports of injuries.

Fire response is ongoing and has reached a 4th alarm pic.twitter.com/wXN3CYUI79

Losing battle for firefighters at the #Concord mansion. You can hear windows bursting, seems it is in danger of collapsing. #WCVB pic.twitter.com/qVEFe6q22p