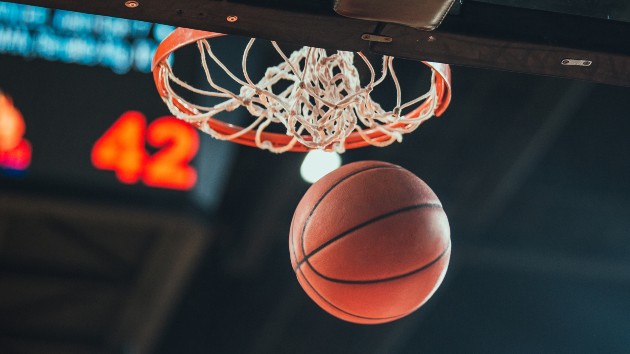 TuelekZa/iStock(SAN JOSE, Calif.) — The Kansas Jayhawks men’s basketball team had no problem dealing with Stanford on Sunday, but they’re certainly counting their blessings after their trip home almost went terribly wrong. The team’s plane was forced to make an emergency landing at San Jose International Airport late Sunday afternoon after one of its engines failed 20 minutes into the flight. The plane landed safely without incident.”Upon our return flight home from San Jose, CA, roughly 20 minutes into the flight, one of the engines failed,” the school’s athletic department said in a statement. “The pilot immediately contacted the San Jose Airport where we returned and made a safe landing. We are grateful to the pilots and the entire crew of Swift Air. We will stay the night in San Jose and return to Lawrence once the plans have been finalized.” Ryan White, the school’s senior associate athletic director, tweeted video of sparks flashing from underneath the plane’s wing during the flight.Many of the team’s players also tweeted after the incident, including Devon Dotson, Marcus Garrett and Silvio De Sousa.

Gotta appreciate and thank the man up above?? every single minute of your life. Thank God??#Iaintseemyfamilyin2years

Senior forward Mitch Lightfoot tweeted, “Never prayed like that before! Thank the Lord!” The San Jose Fire Department was mobilized ahead of the landing, but did not need to perform any duties at landing.The school, currently ranked No. 5 in the nation, beat the Stanford Cardinal, 72-56, on Sunday. Kansas is off until they host No. 22 West Virginia on Jan. 4. Copyright © 2019, ABC Audio. All rights reserved.