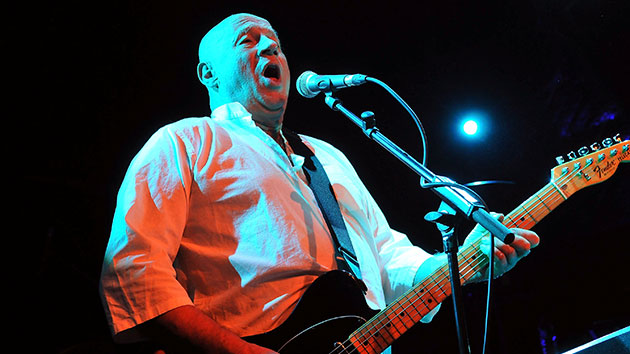 Jim Dyson/Redferns via Getty Images(LONDON) — Neil Innes, best-known to most in the U.S. as a frequent collaborator with Monty Python’s Flying Circus and co-founder of The Beatles parody band The Rutles, has died at age 75, the BBC reports.

According to the BBC, a family spokesperson said Innes died unexpectedly on Sunday night while traveling home from France with his family.

In the late sixties, Innes played piano and guitar and sang in the comedic collective The Bonzo Dog Doo-Dah Band, which was later renamed the Bonzo Dog Band.  Their big hit, 1968’s “I’m the Urban Spaceman,” was co-produced by one Apollo C. Vermouth, a pseudonym for Paul McCartney.  Innes also wrote the Bonzo’s song “Death Cab for Cutie,” which appeared in the Beatles film Magical Mystery Tour, and later inspired the name of the American band of the same name.

In the ’70s, Innes was known as the Seventh Python for his close creative relationship with the British comedy collective Monty Python’s Flying Circus, Innes contributed to the group’s songs and sketches, and appeared in their movies, such as Monty Python and the Holy Grail — he played Sir Robin’s minstrel, among other roles — and Life of Brian.

After the TV show Monty Python’s Flying Circus ended, Innes teamed up with Python’s Eric Idle for a new TV series called Rutland Weekend Television, which spawned their famous Beatles parody The Rutles: All You Need Is Cash.  Idle’s pal George Harrison loved The Rutles, which featured Innes as Ron Nasty, a character based on John Lennon.

In 2002, Innes joined the other members of Python onstage for a London tribute to Harrison, The Concert for George and in 2008, his life was celebrated in the film documentary The Seventh Python.  Innes’ wife told the BBC that last year, he toured with the tribute act The Bootleg Beatles.

On Twitter, Python’s John Cleese wrote, “Utterly dismayed to hear about Neil Innes. Right out of the blue… A very sweet man, much too nice for his own good Lovely writer and performer. When he worked with Python on our stage show, I listened every night to ‘How sweet to be an Idiot‘ [over the speaker] Very sad…..“