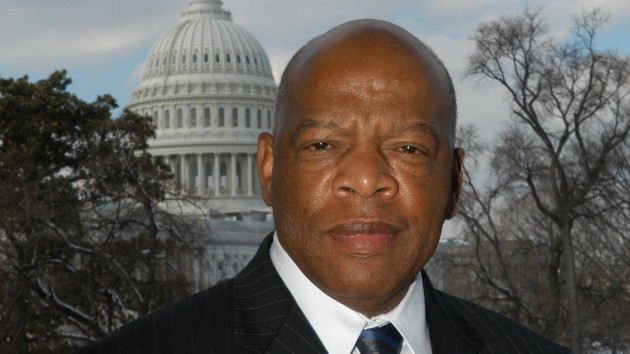 US Congress(WASHINGTON) — As soon as Rep. John Lewis announced on Sunday he is fighting stage 4 pancreatic cancer, a massive outpouring of support followed. Lewis, 79, who has served in the House of Representatives since 1987, said he plans to fight the disease as he’s fought throughout his life. “I have been in some kind of fight — for freedom, equality, basic human rights — for nearly my entire life,” he said in a statement. “I have never faced a fight quite like the one I have now. This month in a routine medical visit, and subsequent tests, doctors discovered Stage IV pancreatic cancer.” “While I am clear-eyed about the prognosis, doctors have told me that recent medical advances have made this type of cancer treatable in many cases, that treatment options are no longer as debilitating as they once were, and that I have a fighting chance,” he added. The Georgia Democrat was a close friend of Martin Luther King Jr. and a leading member of the civil rights movement in his own right. He was among those beaten by police on the so-called “Bloody Sunday” while marching from Selma to Montgomery, Alabama, in March 1965. Past presidents, current presidential candidates and celebrities were among many of those who immediately sent their best wishes to the politician. Barack Obama, 44th president

If there’s one thing I love about @RepJohnLewis, it’s his incomparable will to fight. I know he’s got a lot more of that left in him. Praying for you, my friend.

.@RepJohnLewis, we are all praying for you following this diagnosis. John, know that generations of Americans have you in their thoughts & prayers as you face this fight. We are all praying that you are comfortable. We know that you will be well. pic.twitter.com/j7YMUGLPC2

John Lewis is a living example of strength that America needs now more than ever. We will be pulling for him and praying for him and his family as he battles cancer with his characteristic grace and courage.

Jane and I are keeping Rep. John Lewis and his family in our thoughts during this difficult time and hoping for a speedy recovery. Despite this news, I have no doubt Rep. Lewis will continue to inspire millions and fight for justice as he has his entire life. https://t.co/ABXPND3xHe

My heart is with Rep. John Lewis and his family. He’s always been a fighter, and I know he'll continue making good trouble. Stay strong, John. https://t.co/2ffoL3KPx8

Congressman Lewis has always fought in the name of building a more just, more fair country. If there's anybody who can take the fight to cancer, it's you, John. Jill and I are sending our prayers to you and your family. Keep the faith, and keep up the fight. https://t.co/y6ET68GXWp

If there is one person who embodies what it means to be a fighter — it's John Lewis.I know he will battle this diagnosis with the same strength and courage he has carried himself with over the course of his life. John, Abigail and I are praying for you and your family. https://t.co/I6gSy2ZUso

We love you John Lewis. You’re our North Star. https://t.co/O5xkdythsv

John Lewis is one of the strongest people I know. He already beat Jim Crow and the Ku Klux Klan—cancer is next. Please join me in lifting him and his family in prayer. https://t.co/vuGnFwdnlV

#JohnLewis is alive. Let’s not bury him in response to a diagnosis, no matter how dire.Think high. Love deeply. Be encouraged. Encourage him. pic.twitter.com/5kaDIj174O

God bless John Lewis. A leader, a teacher, an example for us all. #goodtrouble