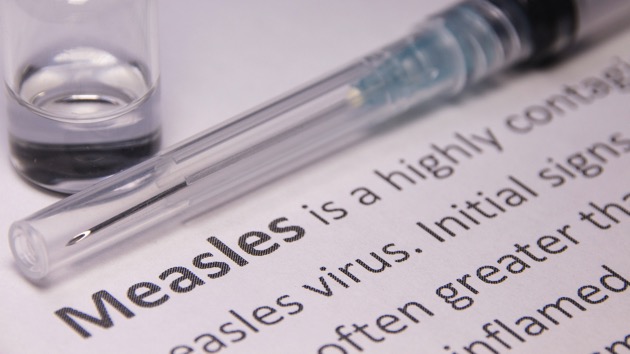 Hailshadow/iStock(NEW YORK) — The government of Samoa ended the state of emergency it had declared in response to a measles outbreak that swept the small island nation of fewer than 200,000 in December.Over the course of the outbreak, more than 5,600 people contracted the measles and 81 people died of the highly infectious disease, many of them young children under the age of 5.The government announcement on Dec. 28 ended the emergency order, which had been in place since November and included closing schools, limiting public gatherings and restricting travel.The best way to protect against the measles is the measles vaccine, and prior to the outbreak, Samoa’s vaccination rate for measles was precariously low. Between 2017 and 2018, the World Health Organization and UNICEF estimated that the country’s national immunization coverage fell from 74 percent to 34 percent.During that time, a medical scandal involving two improperly prepared MMR vaccines prompted the government to halt its MMR immunization program for a nearly a year and sparked fear about vaccines among Samoan residents.The Samoan outbreak caps off a particularly dangerous year for the measles worldwide.As of mid-November, the number of measles cases reported to WHO was three times higher than the measles cases countries reported during the same period in 2018, with health officials citing misinformation around the measles vaccine as a “very high concern” for them.Copyright © 2019, ABC Audio. All rights reserved.

Russia-Ukraine live updates: Ukraine fighting for ‘every meter’ of Severodonetsk