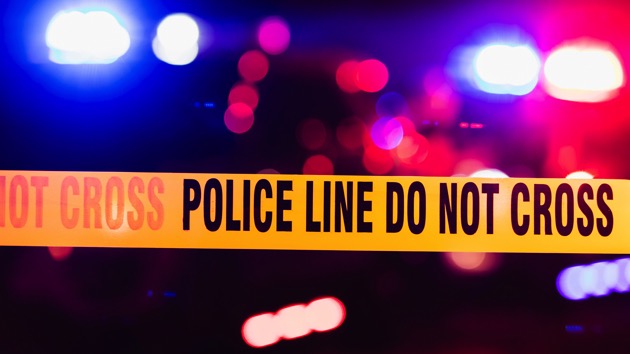 kali9/iStock(KATY, Texas) — A $10,000 reward is being offered in the hunt for multiple people suspected of “targeting” a sheriff’s homicide detective and his family in two terrifying Molotov cocktail attacks on his Texas home in less than a week, authorities said.The latest attack occurred around 3 a.m. on Sunday when the mystery assailants pulled up to the suburban Houston home of a Fort Bend County Sheriff’s sergeant in a dark pickup truck and hurled at least two Molotov cocktails at an SUV parked in the driveway while the deputy and his family were asleep inside the residence, officials said.The episode followed a Dec. 23 attack in which the sergeant and his family woke up to find the exterior of their home in Katy, Texas, ablaze after assailants hurled gasoline-filled jars at the dwelling, Fort Bend County Sheriff Troy Nehls said at a news conference on Sunday.Investigators believe the same individuals are responsible for both firebombings.”I believe this is targeted,” Nehls said.The name of the sheriff’s sergeant was not released, but Nehls said he is a long-time employee of his department assigned to robbery and homicide cases in the criminal investigations division. He said investigators are combing through cases the sergeant has worked on over the past several years in their search for a motive.”If it would have happened one time last Monday, OK. But to come back five days later … I’m questioning the motive here,” Nehls said. “What are you trying to do here? Could this be retaliation?”Chief Mark Flathouse of the Fort Bend County Fire Marshal’s Office released a grainy security video of a “vehicle of interests,” a dark Ford F-250 pickup truck with a silver construction or ladder rack in the back. The footage shows the truck pulling up to the sergeant’s home and an individual exiting the driver’s side door just moments before the SUV in the driveway goes up in flames.”Right now, we’re looking for multiple suspects,” Flathouse said.Nehls said the pickup was parked outside the home for 30 seconds to a minute before it pulled away from the residence after two Molotov cocktails were thrown at the SUV.The sheriff asked for the public’s help in identifying the operator and other occupants of the truck, adding that Fort Bend County Crime Stoppers is offering the $10,000 reward for information leading to the capture of the attackers.While the sergeant and his family escaped injury in both incidents, Nehls said the attacks, particularly the first one, could have been deadly.He said one of the firebombs just missed hitting the window of a bedroom.”If it would have entered that window, there was a bed right on the other side of that window and there was an individual sleeping in that bed,” Nehls said. “This is horrible.”Speaking directly to the perpetrators, Nehls said, “If we find out that this is related to a prior case that this [sergeant] investigated, this could be a federal hate crime.””I just don’t understand,” Nehls said. “I mean …. here you are out at 3 o’clock in the morning and you’re taking gasoline and throwing it at a house. Did you even think there could be somebody inside that house? This isn’t a game, this isn’t a joke. This is serious business. And then to have the audacity to come back five days later … pull up in front of the house. It’s scary, it’s sad and we’re on top of this investigation.” Copyright © 2019, ABC Audio. All rights reserved.