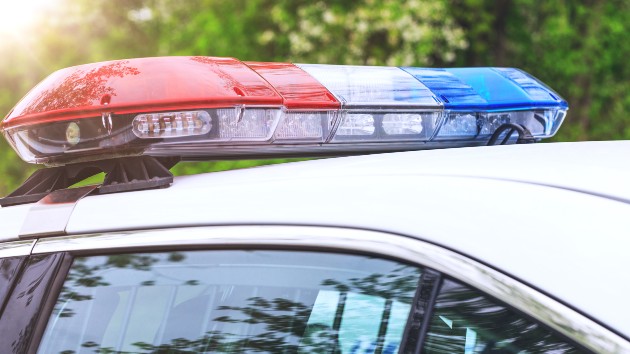 vmargineanu/iStock(FORT WORTH, Texas) — Two victims were killed and three others were injured when a gunman opened fire inside a crowded Texas church on Sunday morning before he was shot to death by two armed parishioners, including a security guard, officials told ABC News. The shooting occurred at 10:57 a.m. at the West Freeway Church of Christ in the Fort Worth suburb of White Settlement and was captured on the church’s livestream of the service, officials said. Witnesses told reporters that the gunman was wearing a fake beard and sunglasses and had taken communion before launching the attack.Three people were taken to hospitals. One died en route to the hospital, and another has died, officials said. The shooter, whose name was not immediately released, was pronounced dead at the scene, according to a spokeswoman at MedStar Hospital in Fort Worth. Two other people suffered minor injuries when they hit their heads attempting to flee the church, officials said. “Our hearts go out to the victims and families of those killed in the evil act of violence that occurred at the West Freeway Church of Christ,” Texas Gov. Greg Abbott said in a statement. “Places of worship are meant to be sacred, and I am grateful for the church members who acted quickly to take down the shooter and help prevent further loss of life. ” The FBI is assisting in the investigation, according to Matthew Desarno, special agent in charge of the FBI’s Dallas field office. “We are working very hard to find a motive, to get to the bottom of what happened,” Desarno said.The church service was going on when the gunman appeared to stand up and confront an usher, according to the livestream video. The footage shows the gunman wearing a long coat taking a step back before pulling what appeared to be a shotgun from his coat and firing point-blank on the usher and another member of the congregation. A security guard standing near the front door of the church returned fire, hitting the suspect, according to the video. White Settlement Police Chief J.P. Bevering said at a news conference Sunday afternoon that an armed parishioner also fired at the suspect, hitting him. In just six seconds the shooting was over, authorities said. “The suspect is deceased, and the threat has stopped thanks to the heroic action of those two parishioners at the church,” Bevering said. “The two security volunteers saved 242 other parishioners who were in the church,” said Jeff Williams, director of public safety. As chaos erupted, members of the congregation ducked under pews as others who appeared to be armed rushed toward the gunman, the video shows. “Everything is under control. Our security team did everything they needed to do,” a church leader is heard in the livestream telling terrified members of the congregation.The church leaders urged everyone to stay calm and file out of the sanctuary. “We had a gentleman that came in armed to do harm,” the church leader says in the footage.Church members can be heard screaming and crying in the livestream, including one person who yelled, “I love you.”Church member Melanie Davis said her mother was sitting next to the gunman when he launched his attack. “I’m just giving all the glory to God because he was the one who protected my mom,” Davis said outside the chuch. “The shooter was sitting next to my mother. And so she is the one who recognized that he had a fake beard on and sunglasses on.” Davis said her mother told her the gunman got up a couple of time during the service, including once to take communion. “Once he got up and took communion that’s when he came around and started shooting. It was during communion,” Davis said. She said her mother, who was not injured in the attack, dove under a pew and hid when she saw the gunman pull a shotgun from under his coat.Texas Attorney General Ken Paxton tweeted his office will assist in the investigation if needed. Copyright © 2019, ABC Audio. All rights reserved.