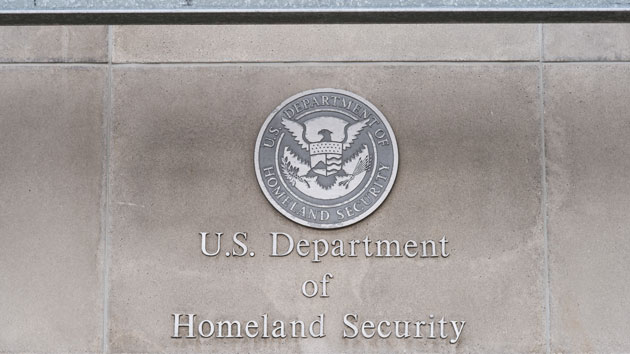 iStock(NEW YORK)  — The acting secretary of the Department of Homeland Security received a stark warning that houses of worship and faith-based groups were in imminent danger of being targeted for violence less than two weeks before a machete attack on a New York rabbi’s Hanukkah celebration and a fatal shooting at Texas church.A Dec. 17 report sent to DHS acting Secretary Chad Wolf from the department’s Security Advisory Council alerted that faith-based communities continued to be vulnerable to “extremist violence” despite earlier recommendations on how the federal government should move to protect them.The committee’s report cited a string of recent attacks, including shootings at synagogues in Pittsburgh and Poway, California, and warned that “these have underscored the vulnerability of faith-based organizations and the need to provide for the security of houses of worship and the communities they serve.”The panel, co-chaired by retired Marine Corps Gen. John Allen, noted that two similar warnings were issued by previous Homeland Security Advisory Council subcommittees in 2012 and in 2014 but there’s “no evidence that any of the recommendations were acted upon.””With this, the third report of this nature, and in view of the urgency of our moment, and the imprimatur of this Subcommittee, this report should be converted into an implementation plan at the earliest possible moment,” according to the report obtained by ABC News.The committee made a series of recommendations to boost security for faith-based communities, including a suggestion that the Trump administration work with Congress to adopt a “domestic terrorism” statute and that the federal government increase grant money available for security for faith-based groups.”In the last several years, America has experienced an increase in targeted violence against our faith-based communities and organizations,” the report states. “Houses of worship and their congregants, and individuals with a particular faith identity, have been terrorized and, in some cases, attacked ruthlessly and injured or brutally murdered. … It is every government’s duty to secure conditions of peace, justice and liberty in which people of faith may exercise their religious freedoms without oppression and fear.”Just 11 days after the report was issued, a man armed with a machete stormed a Hanukkah celebration at a rabbi’s home in the New York City suburb of Monsey, injuring five members of an ultra-Orthodox Hasidic Jewish congregation.The suspect in the Dec. 28 attack, Grafton Thomas, 38, fled the scene after people at the celebration fought back by hurling furniture at him.After he was captured in New York City, Thomas’ family said he’s long suffered from mental illness. Meanwhile, investigators found anti-Semitic sentiments writings in Thomas’ journal, including references to Hitler and “Nazi Culture” on the same page as drawings of a Star of David and a Swastika, according to a criminal complaint.A day after the rampage in Monsey, a man wearing a fake beard and armed with a shotgun opened fire during a Sunday-morning service at the West Freeway Church of Christ in a suburb of Fort Worth, Texas, killing two parishioners before he was shot and killed by a member of the congregation’s volunteer security team.A motive for the church attack in White Settlement, allegedly committed by 43-year-old Keith Thomas Kinnunen, remains under investigation.The report by the DHS committee, whose members include leaders of different faiths, concluded that all religious groups are susceptible to being targeted for violence. The report cited a 2017 mass shooting at a Baptist church in Southerland Springs, Texas, that left 26 people dead, a 2012 shooting at a Sikh temple in Oak Creek, Wisconsin, that left six people dead, and a series of arson attacks and bombings earlier this year of mosques and churches in Minnesota, Utah and Louisiana.”We call upon our leaders to guarantee freedom of thought and conscience,” the committee wrote in the report, “while at the same time uphold the freedoms enumerated in the Bill of Rights and the US Constitution to practice and propagate religion.”Copyright © 2019, ABC Audio. All rights reserved.