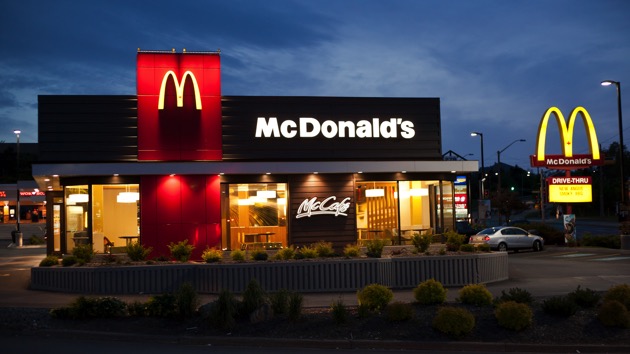 sshaw75/iStock(HERINGTON, Kan.) — A Kansas police officer is out of a job after an internal probe showed he allegedly fabricated a complaint that employees at a McDonald’s wrote an obscenity directed at him and law enforcement on a receipt for his morning cup of joe, authorities said.The Herington Police Department officer, whose name was not released, tendered his resignation after an investigation determined he concocted the incident that made national headlines and prompted threats against McDonald’s employees, officials said.”In that investigation, we have found that McDonald’s and its employees did not have anything whatsoever to do with this incident. This was completely and solely fabricated by a Herington Police officer, who is no longer employed with our agency,” Herington Police Chief Brian Hornaday said during a news conference at the Junction City, Kan., McDonald’s that was wrongly accused.The episode — which Hornaday described as a “black eye on law enforcement” — unfolded just after 6 a.m. on Saturday when the now-former officer stopped by the McDonald’s in his hometown of Junction City, a suburb of Topeka, and ordered a cup of premium-roast coffee with sugar, authorities said.The officer, a member of the Herington Police force for just two months, claimed that one of the employees wrote the words “F—— pig” on his receipt, which he turned over as evidence to the Geary County Sheriff’s Department for investigation, authorities said. The sheriff’s department immediately launched a probe and released a statement saying it was “saddened by seeing this incident in our community.”Hornaday said that at first, the McDonald’s workers felt so bad about the incident they offered the officer a free lunch, prompting the chief to initially say, “a Big Mac and large fries doesn’t make up for it.”Sensing something was off about the officer’s complaint, McDonald’s initiated its own investigation that suggested the incident was a hoax, said Lenor Brazzi, director of operations for the McDonald’s franchise owner Dana Cook.”We’re glad that the evidence confirmed our evaluation that the McDonald’s and our employees, crew members, were absolutely not involved,” Brazzi said at the joint news conference with Hornaday. “We stand with our community in being disappointed about these actions.”Hornaday the officer in question claimed it was all a “joke” that quickly got out of hand.”The most important thing that could have been done and should have been done in this scenario was to come forward immediately prior to damage being done, prior to this becoming a nationwide incident. However, unfortunately, that was not done,” Hornaday said.He said his biggest fear now is that the “American public will look at this situation and call into question the integrity of any other officer in this country.””The actions of this former officer are absolutely and in no way reflective of the values and the typical character of the Herington Police Department,” Chief Hornaday said. “The duty of every police officer is to protect and serve with the highest level of integrity and trust. This incident has been an obvious violation of that public trust.”While he said he wanted to release the former officer’s name, he explained that he was advised not to do so “due to the matter being a personnel issue.”Hornaday said he discussed the case with Dickinson County Attorney Andrea Purvis and that based on the information she believes no criminal charges are warranted.”I truly hope that the former officer of the Herington Police Department that did this understands the magnitude of the black eye this gives the law enforcement profession from coast to coast,” Hornaday said. “None of us can be excluded from that.” Copyright © 2019, ABC Audio. All rights reserved.