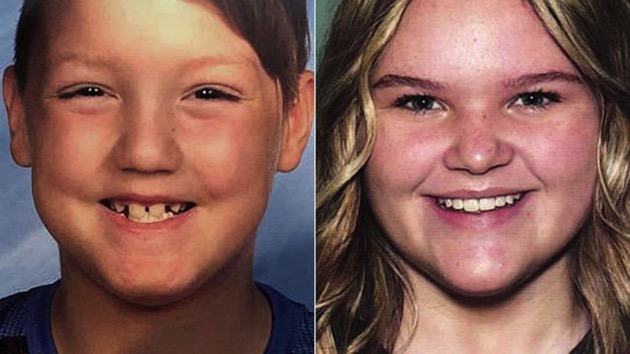 National Center for Missing and Exploited Children(REXBURG, Idaho) — An Idaho police department believes the mother of two missing children knows where they are or what happened to them and is urging her and her husband to “do the right thing and come forward.”Joshua Vallow, 7, and Tylee Ryan, 17, have been missing from Rexburg, Idaho, since Sept. 23 and the search for them is ongoing, police said.Lori Vallow, the adopted mother of Joshua and biological mother of Tylee, “has completely refused to assist this investigation,” the Rexburg Police Department said in a statement on Monday.”It is astonishing that rather than work with law enforcement to help us locate her own children, Lori Vallow has chosen instead to leave the state with her new husband,” police said. “We strongly believe that Joshua and Tylee’s lives are in danger.”Authorities believe the kids’ disappearance is linked to the October death of Tamara “Tammy” Daybell, who was the former wife of Vallow’s current husband, Chad Daybell.Tamara Daybell’s death was initially thought to be natural, but a subsequent investigation determined it may have been suspicious and her remains were exhumed earlier this month, police said.Chad Daybell married Vallow a couple weeks after Tamara Daybell’s death.”In the weeks after Tammy Daybell’s death, Lori Vallow/Daybell and Chad Daybell told witnesses that Lori’s daughter had died a year before the death of her father, which is untrue,” police said in a new statement on Monday. “Around that same time Chad told another witness that Lori had no minor children.”The children’s safety was called into question in late November, when extended family reported that they hadn’t been able to speak with Joshua since September.On Nov. 26, police said officers spoke with Vallow and Daybell, who said Joshua was staying with a friend in Arizona. However, police later learned Joshua wasn’t there, officials said.When police went back to Vallow and Daybell with search warrants, they found the couple had “abruptly” left Rexburg, police said.Sean Bartholick, an attorney for Vallow and Daybell, said in a statement last week that she’s a “devoted mother” and he is a “loving husband.””We look forward to addressing the allegations once they have moved beyond speculation and rumor,” Bartholick said.The police department is urging Vallow and Chad Daybell to “do the right thing and come forward.””This entire investigation could have been avoided if Lori and Chad had simply been honest with law enforcement,” police said Monday. “We further continue to ask that anyone with any information regarding the location or welfare of Joshua and Tylee share that information.”Copyright © 2019, ABC Audio. All rights reserved.