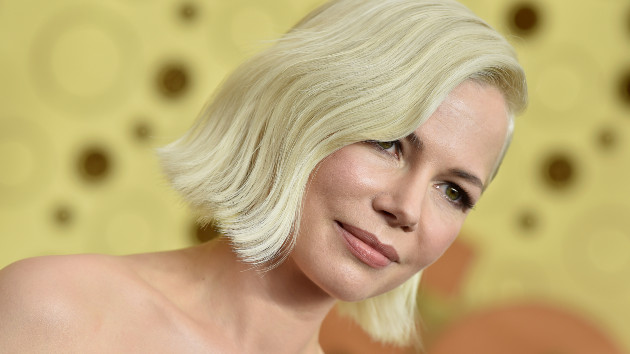 Axelle/Bauer-Griffin/FilmMagic(LONDON) — A double congrats are in order for Michelle Williams.

A source confirms to People that the 39-year-old actress is engaged to the Tony-winning director of Hamilton, Thomas Kail, and that the two are expecting their first child together.

The source adds that Williams’ 14-year-old daughter with the late Heath Ledger, Matilda, had a hand in setting them up.

Kail, 42, directed Williams in the drama series Fosse/Verdon, for which she won an Emmy award. In addition to Hamilton, he also directed Lin-Manuel Miranda’s previous musical, In the Heights.

Williams and Kail were photographed together in London, where she’s filming Venom 2. She was also spotted buying baby clothes at a maternity boutique in Kensington.