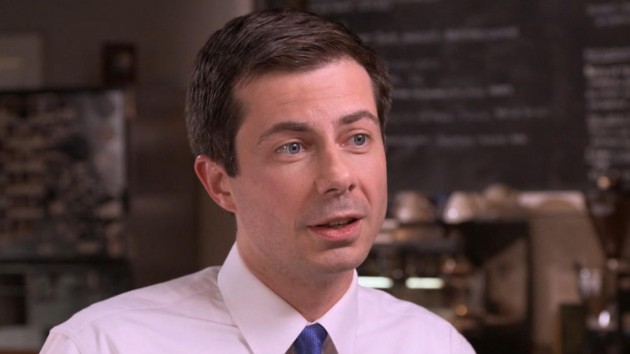 That brought his total to more than $76 million since the beginning of the year from more than two million donations and more than 733,000 individuals, according to his campaign. The average donation is roughly $33 for the quarter.Buttigieg continues a steady pace as a strong fundraiser, even after a slower third quarter, in which the campaign raked in $19 million. Throughout the year, he’s poured his war chest into the first four early states of Iowa, New Hampshire, Nevada and South Carolina, scaling up a massive field operation ahead of the first votes. Since the onset of 2019, he has increased his campaign staff to over 500 across the country, and opened 65 field offices, including 35 offices and more than 100 organizers in Iowa, the most of any “top-tier presidential campaign,” his campaign wrote in a memo announcing his latest haul. In an email to supporters, his campaign, which just a few weeks ago was a target of criticism for its high-dollar fundraisers, touted strong grassroots support, emphasizing that its support didn’t come from a fundraising list of Washington politicians and that the campaign wasn’t funded by the personal wealth of a millionaire or a billionaire. “This means our campaign is continuing to grow, and every single day we are building the support we need to compete in and win the Democratic primary,” the campaign wrote in the email. Throughout 2019, the money race reflected the shifting momentum that defined the contours of the race, with an early surge from then little-known Buttigieg of South Bend, Indiana in the second quarter, to a grassroots behemoth supplying a financial edge for Vermont Sen. Bernie Sanders quarter after quarter, to opposing fortunes for the two other candidates in the top tier, former Vice President Joe Biden and Massachusetts Sen. Elizabeth Warren.In the coming weeks, the final push before early voting begins on Feb. 3, the candidates will pour their fundraising hauls into the four early states in the hopes of garnering a slice of delegates ahead of March’s Super Tuesday. But in the last sprint before Iowa, the candidates begin 2020 the same way they started 2019 with a still unsettled contest. For most of the year, Biden, Buttigieg, Sanders and Warren have occupied the top spots in the horserace. Among those in the middle tier, no one more than New Jersey Sen. Cory Booker and Minnesota Sen. Amy Klobuchar are seeking to score an 11th-hour boost, with a spree of fundraising emails in the absence of top-tier polling.In the third quarter, Sen. Kamala Harris suspended her campaign due to money constraints, and two campaigns with very different financial fortunes — former Massachusetts Gov. Deval Patrick and billionaire and former New York City Mayor Michael Bloomberg — joined the race. With that, the Democratic primary counts 15 candidates and no clear front-runner. Copyright © 2020, ABC Audio. All rights reserved.