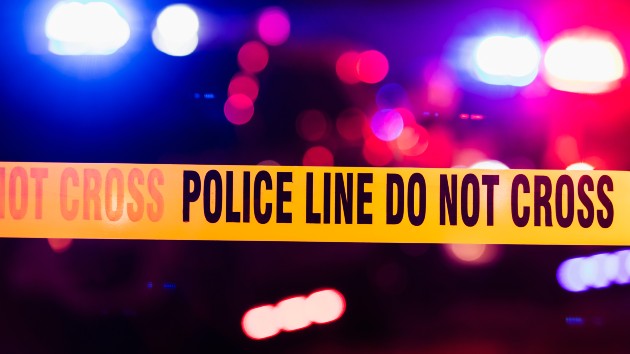 kali9/iStock(BATON ROUGE, La.) — Police in Baton Rouge, Louisiana, are asking for the public’s help in finding a gunman who appears to be targeting the homeless. Investigators warned city shelter workers to be extra vigilant over the weekend when Tony Williams, a 50-year-old transient, was found shot to death on the porch of a vacant home. Investigators said the killing appears to be connected to the murders of two other homeless people found shot to death earlier in December. “At this time, we believe that the homicides are connected. However, such connection cannot be positively confirmed at this time. If confirmation is made, further information will be released at the appropriate time,” Baton Rouge Police Chief Murphy Paul told reporters on Friday. “We will continue to work these cases aggressively.”Paul said the suspect, or suspects, appeared to be targeting the city’s “homeless and therefore vulnerable” and warned that “there is danger in sleeping outside.” The department said it reached out to the FBI as well as Louisiana State Police for assistance in the investigation. The department said it’s also in contact with organizations that provide resources for the homeless in an effort to raise awareness.”We do believe that it was incumbent upon us to provide the public, the media and the service providers that provide services to our homeless community that there is danger in sleeping outside,” Paul said. “As we speak, our officers are contacting organizations and agencies that provide services to the homeless community.” Williams suffered a single gunshot wound. He was discovered on the porch of an abandoned home, about two block away from where the other victims, Christina Fowler, 53, and Gregory Corcoran, 40, were found on Dec. 13, also with gunshot wounds. The news has placed the city’s homeless population on edge.Michael Acaldo, director of the city’s largest homeless shelter, St. Vincent de Paul, said the facility expanded its capacity in the wake of the killings. “It’s kind of hard to put any of this into words, because it’s shocking. Why would anyone target someone who’s vulnerable and homeless?” Acaldo told ABC News Baton Rouge affiliate WBRZ-TV. The department declined to say why it believes the cases are connected, but did add it expects to have confirmation soon. No additional updates had been provided as of Tuesday evening. Anyone with information has been asked to contact Crime Stoppers immediately. “We are not going to provide any specifics as to the investigation,” Paul added. “But it’s important for us to let the homeless community know that we want them to be vigilant and that those service providers understand and help us communicate this message.”Copyright © 2020, ABC Audio. All rights reserved.