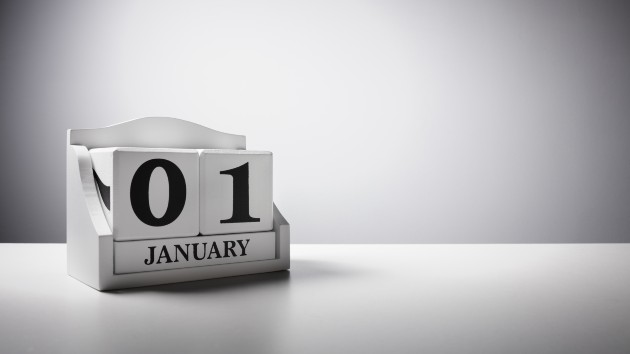 BrianAJackson/iStock(NEW YORK) — It’s the start of a new year, which means new state laws will take effect across the nation. Minimum wage hikes, new consumer privacy rules and gun regulations — these are just a few of the issues state legislatures have dipped into or will be dipping into over the next decade. A majority of the country will start seeing larger figures on their pay stubs — more than 20 states and 26 cities and counties have increased their minimum wage. In some states, including Florida and Ohio, the increases are automatic adjustments to account for inflation, while raises in other states, such as Michigan and Arkansas, are the result of either legislation passed by state houses or ballot measures approved by voters, according to the Economic Policy Institute. The pay hikes come amid a yearslong push by organized labor and progressive groups and politicians for a universal $15 minimum wage. They argue such an increase is necessary in the face of a stagnated federal minimum wage and a rising cost of living despite the U.S. economy arguably being the healthiest it’s been since the Great Recession. The federal minimum wage will remain where it’s been since 2009, at $7.25.”States and localities understand that costs of living are rising and minimum wages need to keep up with that,” Yannet Lathrop, a researcher at the National Employment Law Project, told ABC News.A California data privacy law will effectively give consumers nationwide more control over personal information that companies collect and sometimes share with other companies. If a consumer asks for it, many companies now will be required to hand over data that’s been collected, explain why it was collected and with whom it was shared. Consumers also can request to have that data erased. Though it’s called the California Consumer Privacy Act, the law applies to companies that do business in California and companies in different states that sell to California residents, as well as firms that provide auxiliary services to those companies, meaning the reach of this law extends well beyond California’s borders.A new Oregon law bans single-use plastic bags in retail and grocery stores and restaurants, following in the steps of California, Connecticut, Delaware, Hawaii, Maine, New York and Vermont, according to the National Conference of State Legislatures.”Red flag” laws, or laws that allow certain people to petition a court to take firearms away from another person who may be a threat to themselves or others, go into effect in Colorado, Hawaii and Nevada. More than a dozen states have similar laws. Illinois is now the 11th state to recognize the legal use of recreational marijuana for adults. It comes as Illinois Gov. JB Pritzker announced on Tuesday more than 11,000 pardons for low-level marijuana offenses. And Arkansas becomes the latest state to ban sanctuary cities, passing a bill that says the state can cut funding to cities that defy federal immigration authorities.Copyright © 2020, ABC Audio. All rights reserved.