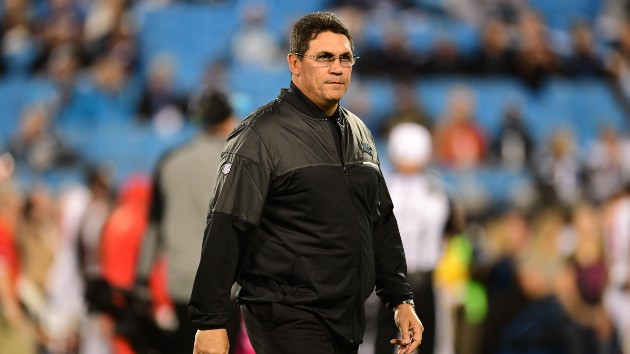 Phil Ellsworth / ESPN Images(WASHINGTON) — It’s official: the Washington Redskins have found their next head coach.The team announced on Wednesday that it is bringing former Carolina Panthers head coach Ron Rivera on board. “After several meetings with Coach Rivera, it was clear he is the right person to bring winning football back to Washington D.C.,” Redskins owner Dan Snyder said in a statement. “He is widely respected around the league as a man of great integrity and has proven to be one of the finest coaches in the country.”Rivera, 57, replaces Jay Gruden, who was fired by the Redskins after leading the team to an 0-5 start this season, his sixth with the team. Assistant head coach Bill Callahan took over Gruden’s position while Washington searched for a permanent replacement.The Redskins ended up finishing the regular season with a 3-13 record and failed to make it to the playoffs.In a statement, Rivera said he is “focused on the future and excited for the opportunity to win football games with this talented young team.”“After meeting Dan Snyder, it was clear we are aligned in our passion for the game and he supports my vision to turn the team around,” Rivera continued. “I look forward to surrounding myself with great people and getting to work.”Rivera is expected to be introduced as the Redskins’ new head coach at a news conference Thursday afternoon.Copyright © 2020, ABC Audio. All rights reserved.