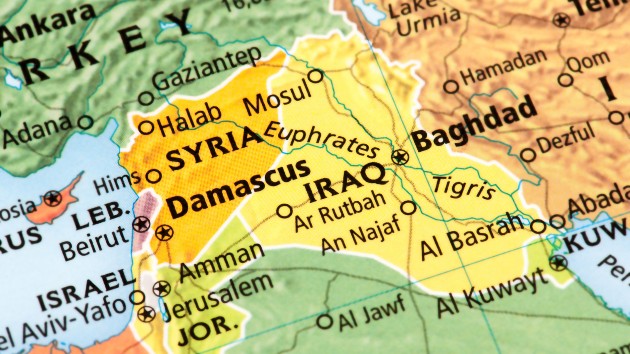 omersukrugoksu/iStock(BAGHDAD) — A day after hundreds of marchers attempted to storm the U.S. embassy in Baghdad, U.S. troops have fired tear gas to disperse the protesters camped outside the embassy compound. The protesters, made up of dozens of pro-Iranian militiamen, stayed the night outside the compound after a day of violence in which hundreds of marchers set a sentry box on fire, hurled water bottles at retreating security guards and chanted “Down, down USA.”During Tuesday’s protests, marchers pushed their way past an outer wall right up to the embassy gates, but a State Department spokesperson said that the embassy itself was never breached. In response, Defense Secretary Mark Esper said Tuesday night that an infantry battalion of about 750 soldiers from the 82nd Airborne Division would be deployed to the Middle East “immediately.”The assault on the compound grew out of anger over U.S. airstrikes against an Iranian-backed militia Sunday. Copyright © 2020, ABC Audio. All rights reserved.