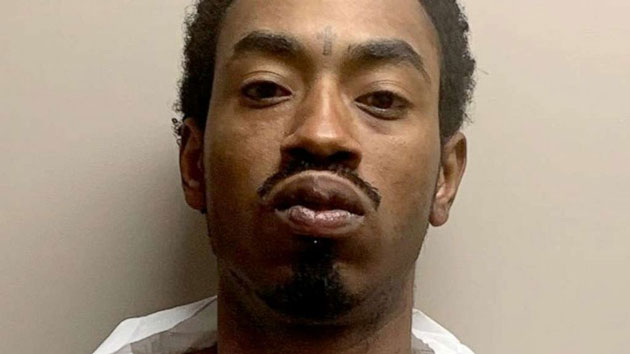 Baton Rouge Police Department(BATON ROUGE, La.) — A 29-year-old man has been arrested in the killings of three homeless people in Baton Rouge, Louisiana.Jeremy Anderson was booked Wednesday night on two counts of first-degree murder and one count of second-degree murder, Baton Rouge Police Chief Murphy Paul said at a news conference on Thursday.Authorities executed a search warrant and took evidence from a Baton Rouge home linking a suspect to the “horrific acts,” Paul said.During an interview, Anderson allegedly made incriminating statements placing himself at a crime scene, Paul said.Tony Williams, 50, was found shot to death on the porch of a vacant home on Friday.Williams was about two blocks away from where the other victims, Christina Fowler, 53, and Gregory Corcoran, 40, were found shot to death on Dec. 13.A detective zeroed in on Anderson as a possible suspect this week, said East Baton Rouge Sheriff Sid Gautreaux. No motive is known, Paul said.Last week, Paul urged the homeless to be extra vigilant, warning, “There is danger in sleeping outside.”The victims were part of a community “which is often overlooked and vulnerable,” Baton Rouge Mayor Sharon Weston Broome said Thursday. “It is our duty to protect our homeless.”Anderson is “presumed innocent. The burden is completely on the state of Louisiana, on the district attorney’s office,” East Baton Rouge District Attorney Hillar Moore said Thursday.Anderson “potentially faces three first-degree murder charges,” Moore said. “We will weigh the evidence … before we make any type of charging decision.”Copyright © 2020, ABC Audio. All rights reserved.