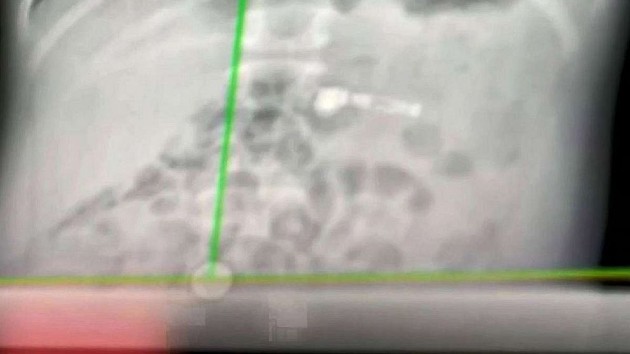 Courtesy Kiara Stroud(ATLANTA) — A mother in Georgia rushed her 7-year-old to the emergency room after he swallowed an AirPod he received as a Christmas gift.Although X-rays revealed the wireless headset device in the boy’s stomach, doctors at Children’s Healthcare of Atlanta at Egelston told mother Kiara Stroud that the AirPod should pass through her son’s body on its own after a few days.Stroud was at her job delivering mail when she got a call from her mother saying that she was en route to the hospital. “I immediately U-turned my truck,” Stroud told told ABC Atlanta affiliate WSB-TV.Although her son was “very nervous” according to his mother and fearful of getting too close to his phone, lest the devices connect and start playing inside him, Stroud is relieved that her second grader is okay. “Everything is fine and in a few days it will pass through,” she said.

Woman claims she got HPV-related cancer after nail salon visit

How to stay safe in cold as frigid temperatures hit