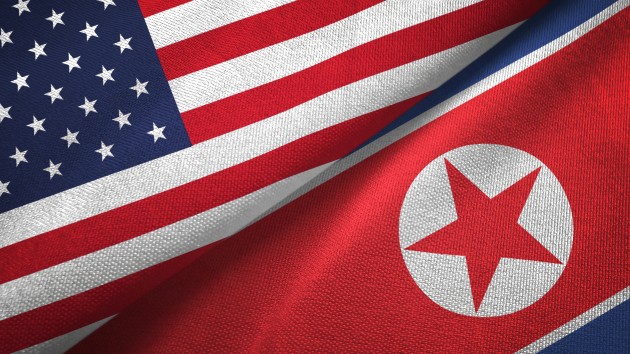 Oleksii Liskonih/iStock(SEOUL, South Korea) — There will never be denuclearization in the Korean peninsula if the United States continues its “hostile policies” against the regime, Kim Jong Un vowed in front of his central committee members. After an unprecedented four-day policy meeting, North Korea’s leader also announced that the regime would develop “new strategic weapons” for its own defense, reported the Korean Central News Agency (KCNA), North Korea’s state news outlet, on Wednesday.North Korea took “preemptive and crucial measures of halting its nuclear test and ICBM test fire and shutting down the nuclear test ground,” as part of its negotiations with the U.S. but wasn’t rewarded with “appropriate measures,” Kim said.“Far from responding … with appropriate measures, [the U.S.] conducted … big and small joint military drills which its president personally promised to stop and threatened the former militarily through the shipment of ultra-modern warfare equipment into South Korea,” Kim said, according to KCNA. Kim declared that North Korea will develop its strategic weapons to ensure the security of the state until a lasting peace-keeping mechanism is ready and the U.S. takes back what are considered unfavorable policies toward the state. “Kim Jong Un is accepting the stalled negotiations between the U.S. and the long-term sanctions imposed on North Korea,” Cheong Seong-Chang, director of the Center for North Korea Studies at Sejong Institute, said. “And he’s announcing a new direction to enhance the country’s nuclear and missile capabilities.”Cheong speculated a high possibility that the strategic weapons Kim mentioned may refer to new inter-continental ballistic missiles or submarine-launched ballistic missiles, which the regime could test fire in 2020. “If North Korea puts it into action, it won’t be helpful for the denuclearization negotiation and the efforts to settle peace in the Korean peninsula,” South Korea’s Unification Ministry said in a statement released a few hours after the KCNA report.It was the first time that Kim Jong Un’s new year plan was not aired on New Year’s Day, since he took office in 2012. “The change in format from a broadcast new year speech to reports at a plenary meeting may be an effort to buy time. North Korea’s new ‘strategic weapon’ might not be ready,” Leif-Eric Easley, a professor at Ewha University in Seoul, said. “For now, North Korea may focus on sanctions evasion rather than sanctions relief, and replace denuclearization diplomacy with strategic deterrence and nuclear blackmail.” Reaffirming North Korea’s position of “regime security first, then denuclearization,” Kim left a margin open for the U.S. to return to the negotiation table. “The scope and depth of bolstering our [nuclear] deterrent” will depend “on the U.S.’ future attitude to the DPRK,” KCNA reported, citing Kim.Copyright © 2020, ABC Audio. All rights reserved.

Coronavirus live updates: Death toll surpasses 400,000 in US
QAnon emerges as recurring theme of criminal cases tied to US Capitol siege
US coronavirus death toll eclipses 400,000 as Biden prepares to take office
US soldier arrested after alleged plot to attack NYC landmark
US calls China’s abuses of Muslim minorities ‘genocide’ and ‘crimes against humanity’
Trump plans to leave in dramatic fashion yet continues to stay out of sight