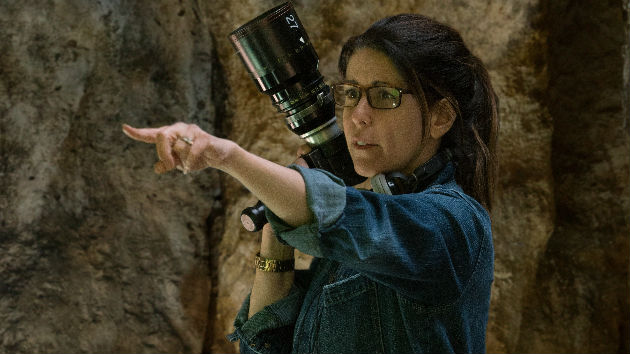 “Wonder Woman” director Patty Jenkins – © 2017 WARNER BROS. ENTERTAINMENT INC. AND RATPAC ENTERTAINMENT, LLC(LOS ANGELES) — Female directors had a banner year in 2019, but Hollywood still has a long way to go in the quest for gender parity, a new study found.

Women were at the helm of 12 of the top 100 films of 2019 and comprised 10.6% of those directing feature films — the highest percentage 13 years, according to a USC Annenberg Inclusion Initiative report, released Thursday.

“For the first time in the 13 years since we’ve been doing this…there has been a historic uptick in the number and percentage of female directors working across the top 100 films for last year…From 2007, it is triple roughly,” Dr. Stacy L. Smith, founder and director of the USC Annenberg Inclusion Initiative, told Good Morning America.

“What we’re seeing is — finally — an industry that is catching up with this idea that women desire to direct. What has been lacking is access and opportunity. And it seems as if things are starting to finally move in a progressive direction.”

However, there still is a long way to go.  The percentage of directors from underrepresented racial or ethnic groups dipped to 16.8% from 2018’s high of 21.4%.  Smith also noted that women of color are the least likely to direct one of the top 100 films.Women are also at a disadvantage when it comes to awards, notes the USC report. Only 5.1% of best director nominees across the Golden Globes, Academy Awards, DGA Awards and Critics’ Choice Awards are female, and just four individual women have been nominated; Kathryn Bigelow the only female winner.

However, there’s an upswing: USC found from 2015 to 2019, 34.5% of directors of features in U.S. Dramatic Competition at the Sundance Film Festival were women, and 20% of Netflix’s 2019 directors of U.S. fictional films were female.