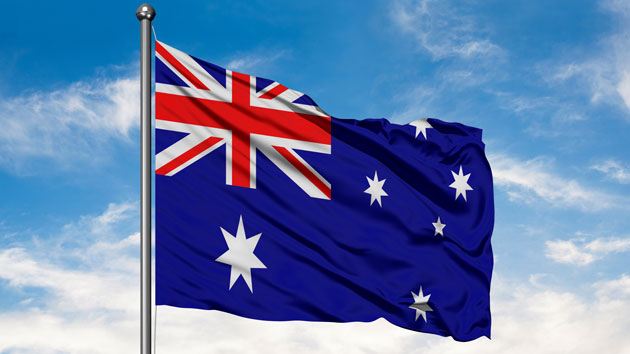 iStock(LONDON) — Australia’s bushfires are continuing to wreak havoc on communities all over the country.The wildfires began in September and are expected to last for several months as the hot weather continues.Here is what you need to know about the fires:

Weather conditions are exacerbating the problemThe bushfires have been fueled by prolonged drought and deforestation as well as the seasonal dry weather that affects the country every summer.Fires are burning all over continental Australia and Tasmania. On the east coast in New South Wales more than 100 fires were burning on Wednesday.Although temperatures have cooled a bit, conditions are forecast to worsen by Saturday. Ahead of a trough moving over the east coast is a mass of hot air, which could impact wind speeds. Temperatures are expected to reach 104 degrees Fahrenheit in large parts of the country.At least three more months of hot weather are expected in the country.Casualties and property destruction continue to riseThe government has deployed military ships and aircraft to bring food, water and fuel to communities where roads were cut off by the fires. Some towns canceled firework celebrations for New Year’s to prevent new wildfires.Nearly 500 million animals are believed to have died in the firesThe fires have also been devastating for wildlife in the country.University of Sydney ecologists estimate that around 480 million animals have been killed. Up to 30% of the koala population in New South Wales’ mid-north coast may have been killed, Australia’s minister for the environment, Sussan Ley, told the Australian Broadcasting Corporation. The region is known for its koala population.Videos have been circulating on social media of concerned passersby giving water to thirsty koalas they encounter on the side of roads. The marsupials “have no capacity to move fast enough to get away” from fires as they spread through the treetops, Mark Graham, an ecologist with the Nature Conservation Council, said during an a New South Wales parliamentary inquiry last month.In November, fundraisers to save the koala population began to skyrocket as the fires worsened.Thousands of residents, tourists ordered to evacuateMore than 30,000 people have been ordered to evacuate popular vacation spots in the country.Authorities in New South Wales ordered tourists to leave a 155-mile zone along the south coast on Thursday morning. A seven-day state of emergency was issued and will go into effect on Friday. A first-ever state of disaster was also issued in Victoria, the country’s second most populous state.Many people headed to beaches, even standing in shallow waters, to avoid the flames, video from Reuters shows.About 4,000 Australians who could not escape due to closed roads took refuge by the beach in the town of Mallacoota on New Year’s Eve.The evacuations have caused traffic standstills, gas shortages and depletion of stock at supermarkets, according to the Australian Broadcasting Corporation.The U.S. embassy in Canberra has now advised Americans not to travel to the New South Wales south coast between Batemans Bay and the border of Victoria.Residents placing blame on governmentMorrison and his conservative government have been fielding criticism for not doing enough to mitigate the fire.Residents and activists called on Morrison to enact policies to combat climate change, but the prime minister has refused to downsize the country’s coal industry. Australia is the world’s largest exporter of coal and liquefied natural gas.Morrison was confronted by angry residents as he toured the town of Cobargo in New South Wales on Thursday. In the town of Quaama, a firefighter from the New South Wales Rural Fire Service refused to shake Morrison’s hand.Copyright © 2020, ABC Audio. All rights reserved.