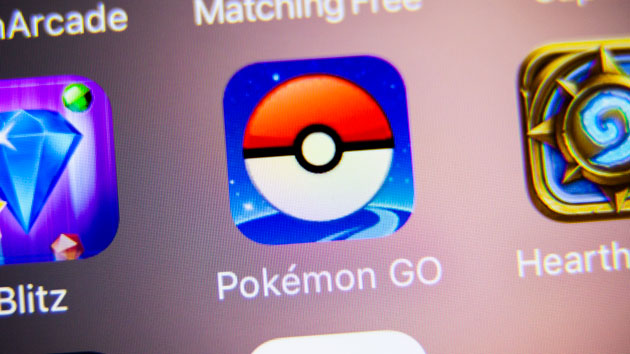 iStock(OTTAWA, Canada) — A newly-released trove of Canadian military documents show how the government agency baffled with the influx of mysterious intruders to its military bases: Pokemon Go players.The augmented reality game swept through the world after being launched in July 2016, and it didn’t take long for Pokemon chasers to court controversy as they ended up everywhere from the Pentagon to the United States Holocaust Memorial Museum to capture the digital creatures on their phones.Within days of the app’s launch in Canada in 2016, the Canadian Armed Forces issued a warning to Pokemon Go players to keep off military property. Approximately three years later, the country’s Department of National Defense released 471 pages of internal documents that led to the warning after an access to information request from the Canadian Broadcasting Corporation.”Plse advise the Commissionaires that apparently Fort Frontenac is both a PokeGym and a PokeStop. I will be completely honest in that I have not idea what that is,” Maj. Jeff Monaghan at Canadian Forces Base Kingston wrote in one of the newly-released emails published by the Canadian broadcaster on Tuesday.Another security expert called to advise on the intruders suggested they hire a preteen for help.”The game’s premise seems to be going to the ‘PokeStops/Gyms’ to collect ‘Pokemon’s’ (we should almost hire a 12-year-old to help us out with this) of which we were able to find 5 of these things on the range road itself,” David Levenick at Canadian Forces Base Borden, wrote in another memo.Levenick also wrote that he witnessed a woman “playing the game whilst the three children with her were climbing all over the tanks.”Eventually, some of the government workers submitted recommendations for how to deal with the influx of Pokemon Go players, CBC reports.Among those recommendations were to remove a PokeStop from the Dockyard Gym, and if possible, upgrade the PokeStop at a museum on base to a Pokemon gym the increase attendance.ABC News was unable to reach Canada’s Department of National Defence for comment. Copyright © 2020, ABC Audio. All rights reserved.