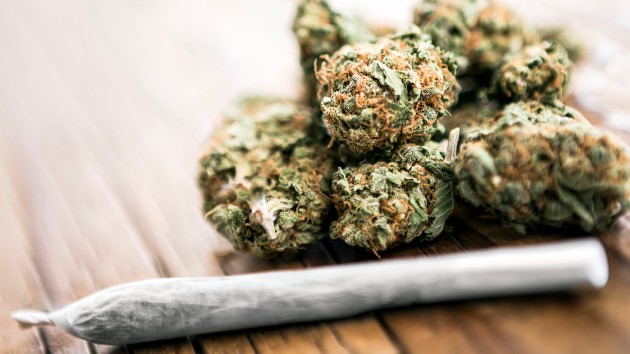 Nastasic/iStock(SPRINGFIELD, Ill.) — Illinois has already raked in a lot of green within the first days of legal marijuana sales. The launch of adult-use marijuana in Illinois totaled 77,128 transactions and $3,176,256.71 in sales on Wednesday, state officials said.On the heels of the state’s successful inaugural day of sales, Gov. J.B. Prtizker’s office released a statement about achieving the “monumental milestone.” “Launching the legalization of cannabis in a way that includes communities left behind for far too long, creates good jobs and expunges thousands of records for those who have lost out on opportunities and ends prohibition,” Toi Hutchinson, senior adviser to the governor for cannabis control, said. “Today is a historic new day, and as we move forward with growing this industry, I thank all those who worked hard to make the launch a success and will continue to dedicate themselves to expanding opportunities and righting the wrongs of the past.”On Tuesday, prior to the start of legal pot sales, Pritzker announced pardons that would expunge 11,017 misdemeanor convictions for cannabis offenses involving less than 30 grams.Illinois is the first state where lawmakers passed legislation legalizing recreational cannabis, which is still illegal at the federal level. Other states where cannabis can be legally purchased include Alaska, California, Colorado, Maine, Massachusetts, Michigan, Nevada, Oregon, Vermont and Washington.Copyright © 2020, ABC Audio. All rights reserved.