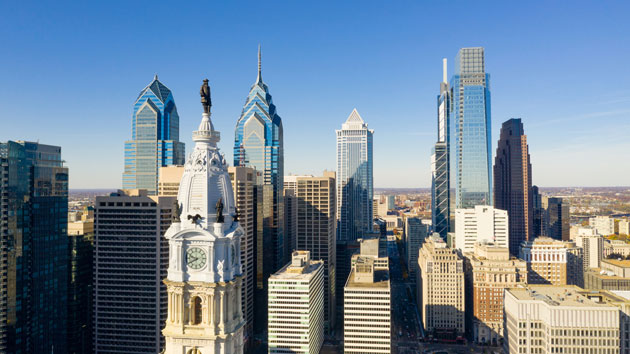 iStock(PHILADELPHIA) — Two marchers in the Philadelphia Mummers Parade have been accused of wearing blackface, embroiling the annual event in controversy once again.Pictures posted online appeared to show members of Froggy Carr, a group marching in the annual New Year’s Day parade, donning blackface for the group’s “Gritty” theme.Gritty is the mascot for the Philadelphia Flyers, whose colors are black and orange. The majority of the marchers were seen wearing black and orange costumes.Philadelphia Mayor Jim Kenney called the incident Wednesday “abhorrent and unacceptable.””This selfish, hateful behavior has no place in the Mummers, or the city itself. We must be better than this,” he said in a statement.Froggy Carr was disqualified and officials will explore additional penalties, according to Kenney. He did not specify what those penalties would be and a spokesperson for his office said there were no updates to share about next steps.But for some, the condemnation wasn’t enough.Rodney Muhammad, the president of the NAACP Philadelphia branch, called for the parade to be stopped entirely.”They need to pull the plug on this parade. I think it’s time for it to go. It’s the only parade that causes controversy on an annual basis,” Muhammad told ABC Philadelphia station WPVI.”We’ve had the Juneteenth parade, we’ve had Unity Day, every year we have Odunde and we have thousands out. We offend no one. No political groups, ethnicity or religions. All people have wanted is fair justice and want to live in this city without annual insults,” he continued.Blackface was banned from the parade, which has ties to minstrelsy, in the 1960s.”One of our rules, no blackface. It’s horrible. It’s a bad mark on each city and it’s a bad mark on each club,” Charles McKenna, president of the Wench Brigade Association, told WPVI.This year’s debacle isn’t the first time the parade has caused controversy in the city.In 2016, another group, the Finnegan, portrayed former Olympic athlete Caitlyn Jenner, who came out as a transgender woman the year before, in a skit that showed a man changing into a woman’s costume, according to the Philadelphia Tribune.Aerosmith’s song “Dude Looks Like a Lady” played in the background, the paper reported.Last year, the Finnegan was accused of putting on a performance by a man in blackface. However, the man was African-American.City Council President Darrell Clarke said that even so, the parade has “more work to do to make all Philadelphians feel welcomed and included in the annual New Year’s Day Celebration.”In light of the blackface controversy this year, Clarke called Froggy Carr’s removal from the parade “a good first step.””There is utterly no place for this kind of reprehensible behavior in Philadelphia or anywhere in America,” he tweeted.Copyright © 2020, ABC Audio. All rights reserved.