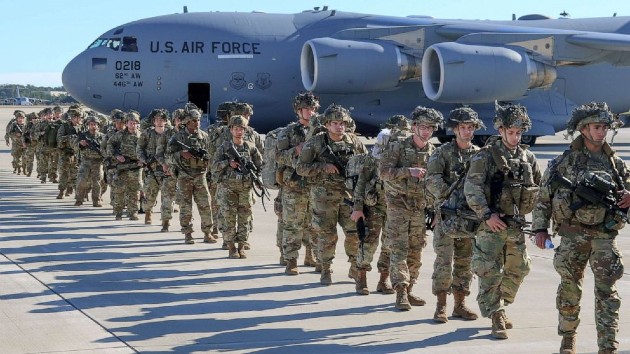 Capt. Robyn Haake/U.S. Army(WASHINGTON) — The Pentagon is deploying roughly 3,500 more troops to the Middle East in response to rising tensions in the region with Iran and one day after a U.S. airstrike killed a top Iranian military commander. The soldiers from the 82nd Airborne Division could leave Fort Bragg in North Carolina for the Middle East as early as this weekend, two U.S. officials told ABC News.One official indicated the troops could be stationed in Kuwait, where 750 soldiers from the same brigade were deployed on Tuesday following violent protests at the U.S. Embassy in Baghdad.The decision to deploy additional American forces is partly in anticipation of a possible retaliatory attack by Iran or its proxies following a U.S. drone strike that killed Qasem Soleimani, the leader of Iran’s Quds Force. Copyright © 2020, ABC Audio. All rights reserved.