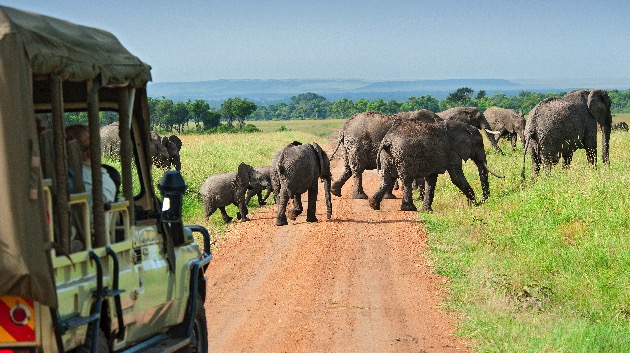 guenterguni/iStock(DURBAN, South Africa) — Safari tourists have been urged not to share their rare wildlife photos and selfies on social media.South African experts say poachers are using the geolocations on these photos to track and kill endangered animals like rhino and elephants.Working Wild’s Karen Trendler, who specializes in rhino conservation, says “it’s mind-blowing how sophisticated these syndicates are. You’ll find some poachers who have several social media profiles, just to track posts about endangered wildlife.”Trendler says tourists need to be aware of the impact their actions could have.“I’m not saying don’t take that once in a lifetime picture, but if you do, switch off your geotagging, don’t say when and where and what time the photo was taken,” she said. “You never know what information you’re unwittingly passing along to someone with nefarious intent.”In Kruger Park, arguably one of the world’s most well-known safari destinations, officials are considering jamming phone signals to stop tourists from advertising the locations of the endangered creatures.“I think people would be shocked to know that their tips on sightings are being monitored by poachers,” Kruger Park spokesperson Ike Phaahla told ABC News. “We are talking to experts to see what can be done to curb irresponsible behavior. Cutting off the signal might end up being the answer.”More than half of the 8,000 rhinos poached in South Africa between 2008 and 2018 were killed in Kruger Park and adjacent private reserves. Elephant poaching in the park, which is roughly the size of Belgium, surged to a record high in 2018, with 71 killed for their ivory.While the selfie culture is deemed to be one of the biggest enablers of poaching, it has also had several other unintended consequences.In recent weeks, three antelopes were killed by speeding motorists. In November, a giraffe was killed when it was hit by a racing minibus and then catapulted onto the hired vehicle of a Swiss visitor who later died from his injuries. The speed limit on the park’s 1,900-mile road network is up to 30 miles per hour, depending on the quality of the surface.Phaahla said “people drive fast to get to the area thereby endangering themselves and the animals, then it causes congestion at the sighting which causes tempers to flare and thirdly it gives intelligence to poaching syndicates if it is an animals that they intend poaching.” Copyright © 2020, ABC Audio. All rights reserved.