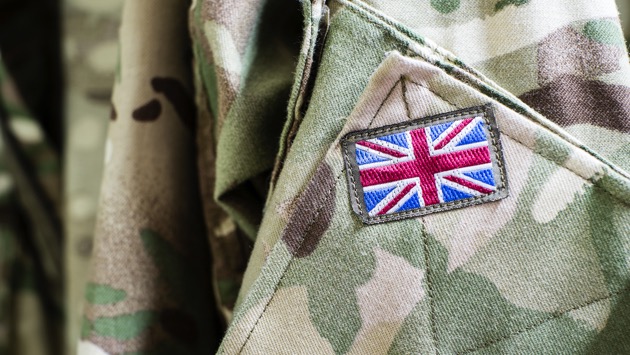 ikholwadia/iStock(LONDON) — The British army is targeting body-image obsessed young people, heavy drinkers, and Instagram addicts in its latest recruitment campaign, which comes shortly after it launched special training to help unfit soldiers pass its fitness tests.The campaign, dubbed “Army confidence lasts a lifetime,” is based on research that found a majority of 16 to 25-year-olds believe that a lack of self-confidence holds them back in life, and that comparing themselves to other people on social media make them feel inadequate.It features posters with montages of athletic male and female body parts, as well as close ups of facial features, with the slogan “Confidence can be built for a summertime or it can last a lifetime.”“We want to highlight that a career in the Army not only provides exciting opportunities, challenges and adventure, but it also gives you a lasting confidence that is hard to find in any other profession,” Colonel Nick MacKenzie, Head of Army Recruiting, said in a statement.The campaign comes amid a recruitment crisis for the British army, which has fallen in strength for 9 consecutive years.As of October 2019, the most recent date for which statistics are available, the British army had a total strength of 73,470 fully trained personnel, significantly below its target of 82,000, according to figures from Britain’s Ministry of Defense.In a bid to boost recruiting numbers, the army has also launched a second-chance course for potential recruits who fail to pass the fitness tests necessary to gain entry into basic training.The four-week course aims to help those who came close to gaining entry to basic training but needed to do extra work on their physical fitness, literacy, or body mass index, in order to make the grade.In addition, the army is relaxing restrictions that previously would have banned recruits with certain medical conditions — such as asthma or excema — from joining.The campaign comes one year after the army ran a similar recruitment drive targeting “snowflakes” and “phone zombies,” in what officials said was a successful effort.The 2019 campaign resulted in 90,000 applications to the British army, a 46 percent increase over 2018, which led to the highest number of recruits in 10 years starting basic training in September 2019, the Ministry of Defense said in a statement. Copyright © 2020, ABC Audio. All rights reserved.

It’s time to light the lights! ‘The Muppet Show’ coming to Disney+
Vin Diesel marks 20 years of ‘The Fast and the Furious’
The inequities of PPP: Megachurches, large corporations receive money ahead of small businesses
‘The Bachelor’ recap: A night of drama ends with a shocking departure
‘Ozark’, ‘The Crown’ lead Netflix-dominated 26th Critics’ Choice nominations
“I’d be up for that!” Liam Neeson wants to re-join the ‘Star Wars’ universe with Disney+’s ‘Obi-Wan Kenobi’ show