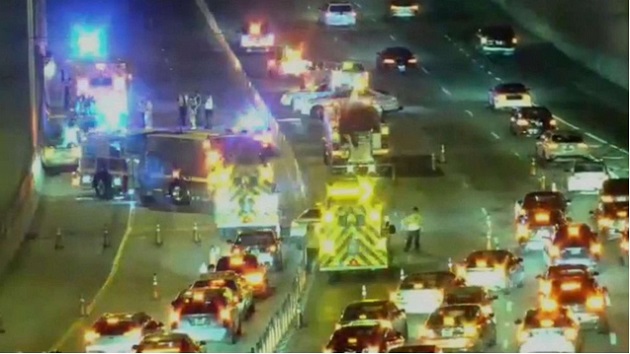 WPLG(MIAMI) — A 22-year-old woman was fatally shot in the head while driving on a busy freeway in Miami, leaving investigators trying to determine whether her vehicle was targeted or if she was struck by a stray bullet, officials said on Sunday.Melissa Gonzalez, a recent graduate of Florida International University in Miami, was identified as the victim who was shot dead on Saturday evening on Interstate 95, according to the Florida Highway Patrol.Gonzalez was driving south on I-95 in Miami’s West Little River neighborhood when shots rang out about 8:30 p.m. and she was hit in the head, officials said.A passenger in Gonzalez’s Chevrolet sedan, identified by the highway patrol as Julian Cortino Veliz, told investigators he heard shots and then noticed Gonzalez was mortally wounded, officials said. Cortina called 911 after the shooting.Gonzalez was taken to a local hospital, where she was pronounced dead, officials said.The passenger told investigators he believes the gunshots came from a dark-colored car.No other injuries were reported in the incident.Investigators are combing through security cameras in hopes of identifying the suspect or suspects. Copyright © 2020, ABC Audio. All rights reserved.