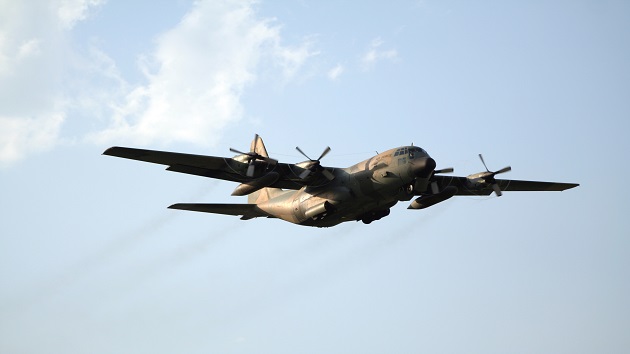 iStock/VanderWolf-Images(NAIROBI, Kenya) — The U.S. military has confirmed that there has been a terror attack on a military base in Kenya that houses some U.S. military personnel. The Somali terror group al-Shabab has claimed responsibility for the attack that Kenyan authorities said had been repelled with four militants killed in the fighting.“U.S. Africa Command acknowledges there was an attack at Manda Bay Airfield, Kenya and is monitoring the situation,” said U.S Army Maj. Gen. William Gayler in a statement. “Al-Shabab resorts to lies, coercion, and the exertion of force to bolster their reputation to create false headlines …It is important to counter al-Shabab where they stand to prevent the spread of this cancer.”The official did not provide information about any potential casualties at the Kenyan military base that has housed U.S. military personnel for years. It is unclear how many American personnel are stationed at the base that has reportedly been a site for U.S. special operations forces operating in Somalia.The statement continued saying “the security situation at Manda Bay is fluid. Al-Shabab is a terrorist group that has repeatedly communicated an intent to attack U.S. interests. This is the same terror group that took more than 80 innocent lives in Mogadishu last week.””Al-Shabab is a brutal terrorist organization,” said Gayler. “It is an Al-Qaeda affiliate seeking to establish a self-governed Islamic territory in East Africa, to remove Western influence and ideals from the region, and to further its jihadist agenda. U.S. presence in Africa is critically important to counter-terrorism efforts.”Kenya Defense Forces said an attempt was made at approximately 5:30 a.m. local time this morning to breach security at Manda Air Strip and that it had successfully been stopped and the air strip was safe.Earlier, al-Shabab had said in a statement that some of its fighters had launched “ a daring dawn raid on a U.S. naval base known as ‘Camp Simba’ in Lamu County, Kenya.”The Al Qaeda affiliate claimed that their fighters had taken control of a portion of the base, a claim that could not be verified.Last week al-Shabab carried out a car bomb attack in the heart of Mogadishu that killed at least 80 civilians.About 500 U.S. troops are stationed inside Somalia assisting and advising that country’s military in its fight against the terror group. Copyright © 2020, ABC Audio. All rights reserved.