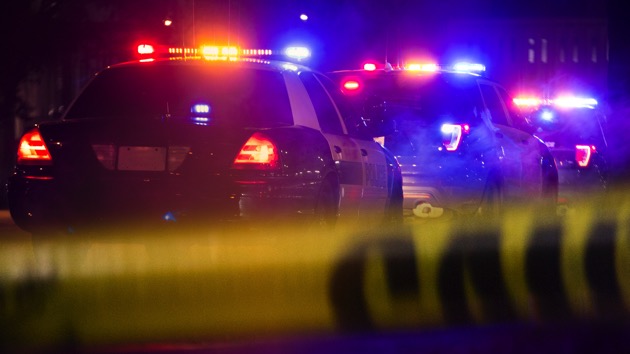 MattGush/iStock(DALLAS) — A 1-year-old boy who had just learned to say his name was killed while asleep in his bed in what the Dallas police chief described as a shooting that was “deliberate and targeted.”Toddler Rory Norman died early Sunday morning when someone armed with a rifle crept up to his bedroom window and opened fire, Dallas Police Chief Renee Hall said at an emotional news conference.”It happened on my watch and I am angry, and this sh– has to stop in this city,” said a visibly outraged Hall as she showed reporters a recent video of Rory smiling and saying his name as his mother yelled “Yeahhh!”The death marked the fourth time in the first week of 2020 that a child under the age of 10 was killed by gun violence in the United States and came after a year in which more than 150 children under the age of 13 were shot to death across the nation, according to an ABC News’ review of the Gun Violence Archives, a website that tracks all shootings in America.Hall said that had Rory lived, he would have celebrated his second birthday on Jan. 24.The child’s 20-year-old uncle, who was home from college for the holidays, was also shot several times in the shocking incident and was in stable condition in a Dallas hospital.The shooting unfolded about 3:30 a.m. on Sunday when police suspect someone familiar with the home’s layout walked up to a bedroom window and fired multiple times into the home.As of Monday, no arrests were made and police were asking the public for help in identifying the suspect.”What we know about this shooting currently is that it was intentional, it was deliberate, and this location was targeted,” Hall said.Hall said the assailant must have known people were inside the house asleep and aimed the rifle to kill.”He shot only into the bedroom. He angled the weapon in a downward position. And, because it was 3:30 in the morning, he knew that the residents of the home would be asleep and so he knew where to fire.”She said while investigators know a rifle was used in the homicide, she conceded that little information is known about the gunman.”We know that someone somewhere knows something and we need your information,” Hall said. “This senseless violence will stop. We’re determined that it will. But we can’t do this alone. We need your help.”She said that in an unrelated incident in another section of Dallas over the weekend, an 8-year-old child was grazed by a bullet fired in the air at random.Directing her anger at the unidentified individuals responsible for the shootings, Hall said, “Whoever pulled these triggers, we will find you. Rest assured, we will find you.”Hall said it remained under investigation why the gunman targeted the home of Rory’s family. She said multiple people live at the house.”We’re looking into every aspect and I can tell you we will not rest until we find out exactly what happened,” Hall said.In 2019, at least 151 children 13 years old and under were killed by gun violence across the United States, according to a review of the Gun Violence Archieves. At least nine of those children were killed in Texas, including a 9-year-old Dallas girl, Brandoniaya Bennett, who died when two teenagers allegedly fired into her apartment, police said.”Not only are we brokenhearted, we are angry,” Hall said of Rory’s death. “This 1-year-old baby was killed due to senseless gun violence in this city that we are determined and aggressive about eradicating in 2020.”Hall went to the home where Rory was killed and, pausing to collect her emotions, said, “It’s a scene of a baby dying.””I don’t know what that looks like to everyone else, but I know it’s something you never want to see, not only as a mother but a police chief,” she said. Copyright © 2020, ABC Audio. All rights reserved.