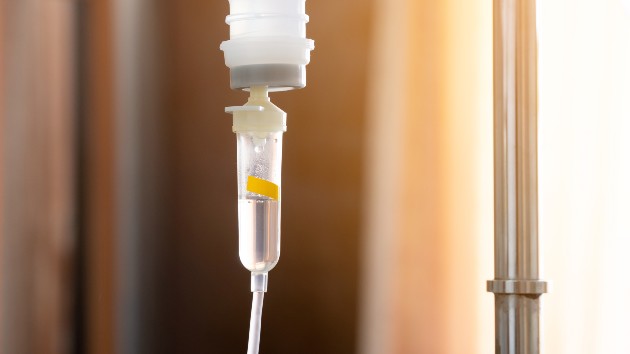 Chainarong Prasertthai/iStock(FORT WORTH, Texas) — A Texas mother waging a legal fight to prevent a hospital from taking her baby off life support says the infant “is awake” and deserves a chance to live. The mother, Trinity Lewis, spoke at a news conference Monday outside the Cook Children’s Medical Center in Fort Worth, Texas, where her daughter, Tinslee Lewis, was born prematurely in February and with congenital heart disease. “Tinslee, she’s doing good,” Lewis said. “She’s been awake. They started medicine for her lungs … so her lungs have been more clear for her to breathe. So she’s been breathing over the ventilator. She’s at 30% on her ventilator.”Lewis has been on an emotional rollercoaster ride to keep her baby alive after physicians at Cook hospital claimed in court papers and in a statement released last week that the baby is in pain, being “artificially kept alive” and “should be allowed to pass naturally and peacefully.” Chief Justice Sandee B. Marion of the Texas Fourth Court of Appeals rejected a request for a temporary injunction Lewis and her attorneys filed in a desperate attempt to keep the baby on life support last Thursday. The Texas Second Court of Appeals granted Lewis and her lawyers an emergency motion on Friday that prevented the hospital from removing Tinslee from life support until a legal appeal is considered.Following Marion’s ruling, the hospital had given Lewis seven days to find another medical center that would continue treating Tinslee. The emergency motion that was granted to the family stops that clock and requires the hospital to “maintain life-sustaining care” while Marion’s decision is being appealed. Attorney’s for Cook hospital cited in court papers a statute in the Texas Health & Safety Code that allows an ethics committee to choose to end life-sustaining treatment 10 days after a family is notified unless the loved ones can find another hospital to take the patient. Lewis’ attorney, Joe Nixon, countered that the statute is unconstitutional and his argument has garnered support from Texas Right to Life, a statewide anti-abortion group, Texas Gov. Greg Abbott and state Attorney General Ken Paxton, both Republicans. “Indeed, it is difficult to imagine an appeal in which a stay would be more warranted,” Abbott and Paxton wrote in a joint letter to the Second Court of Appeals prior to the injunction being granted on Friday.Nixon said on Monday that he plans to file a court brief bolstering his argument that the state statute is unconstitutional. No court date has yet been set to hear the appeal.”We’re all in danger here if this law stays in place because we’ve taken away the decision of life that belongs either to the patient or the patients’ family and given it to a nameless, faceless committee,” Nixon said. “We don’t want that. We are all in danger when that happens. Thankfully, the United States Constitution … and the Texas constitution says that we are guaranteed the right to life with due process. The statute doesn’t have due process.” But Cook hospital officials said the prolonged court battle will only add to the pain Tinslee is enduring.”Even with the most extraordinary measures the medical team is taking, Tinslee continues to suffer,” hospital officials said in their statement. “To keep her alive, doctors and nurses must keep her on a constant stream of painkillers, sedatives, and paralytics. As a result, Tinslee is paralyzed at all times.” Hospital officials said the infant has “dying events” two to three times a day, prompting medical staff to aggressively intervene to keep her alive. “Her body is tired. She is suffering. It’s time to end this cycle because, tragically, none of these efforts will ever make her better,” the hospital’s statement reads.But Tinslee’s mother scoffed at the dire diagnosis, saying, “I don’t think Tinslee is suffering.” “She’s active. She’s not just asleep,” Lewis said of her baby. “She acknowledges that we are there. When you come into the room, touch her, talk to her, she knows that we [are] there.” She said Tinslee spent Sunday night watching Puppy Dog Pals, a computer-animated children’s TV show and became upset when the program was turned off. Lewis said she wants her daughter transferred immediately to another medical center. Hannah Mehta of the nonprofit grassroots group Protect TX Fragile Children said Monday that she is helping Lewis search for physicians willing to treat the baby. Lewis vowed to keep fighting for her baby’s life despite the long odds of survival. “This situation takes away my job as a mother and lets other people who don’t even know her decide whether her life is worth living,” Lewis said at the press conference. “I know that my daughter’s medical needs are complex, but I am praying for someone to give her a chance.” Copyright © 2020, ABC Audio. All rights reserved.