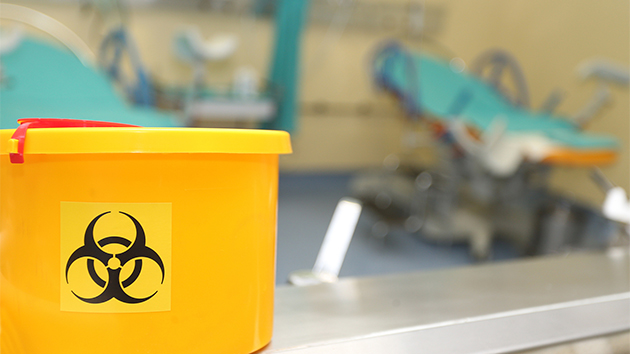 pic_studio/iStock(WUHAN, China) — Dozens of people in China have been sickened with pneumonia from an unknown source, according to the World Health Organization.WHO was first informed of cases of the disease in Wuhan, a city in central China, on Dec. 31. Symptoms include fever and difficulty breathing. Chest X-rays of some patients have showed invasive lesions on their lungs.Some of the afflicted worked at Huanan Seafood market, which has been closed to sanitize the market and investigate. Those patients are currently quarantined in Wuhan medical institutions. “The reported link to a wholesale fish and live animal market could indicate an exposure link to animals,” WHO said in a statement.Although patients’ symptoms appear similar to a number of known types of respiratory illnesses, authorities have ruled out severe acute respiratory syndrome (SARS), Middle East respiratory syndrome (MERS) as well as influenza and adenovirus — which produce cold-like symptoms — as possible disease culprits, according to information released by the Wuhan Health Commission on Jan. 5.A 2003 SARS outbreak, which began in southern China a year prior, sickened more than 8,000 people around the world during the six-month outbreak, according to the Centers for Disease Control and Prevention. Of those cases, 774 people died. “Authorities have also indicated there is no clear evidence of human-to-human transmission,” WHO reported.As of Jan. 6, Chinese authorities were reporting 59 cases of the mysterious illness, with 44 of those cases reported to WHO. Eleven of those patients are severely ill and an additional 121 close contacts are being monitored for signs of disease.