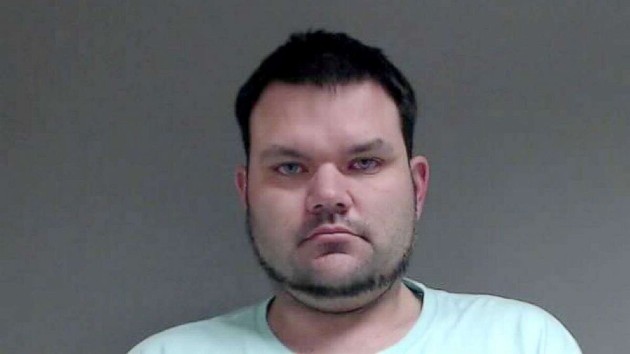 Florida Department of Law Enforcement(NEW YORK) — Federal prosecutors have charged Brandon Mark Magnan for falsely impersonating a federal officer after he allegedly lied to make his way past two checkpoints at Palm Beach International Airport on Sunday, prior to President Donald Trump’s departure from the airport. Magnan, 37, falsely said he was working security for Marine One — the helicopter that transports the president — and presented credentials saying he was a law enforcement officer of the United States Marine Corps, according to federal authorities.He was able to proceed to the grounds of Atlantic Aviation, which houses both Marine One and Air Force One while the president stays at his Mar-a-Lago club. Magnan, along with an unidentified male passenger, arrived on the grounds of Atlantic Aviation, which is on the southeast side of the airport, according to the criminal complaint.A Palm Beach County sheriff’s deputy noticed that Magnan was not in USMC uniform and alerted authorities on scene. A National Crime Information Center query by the U.S. Secret Service determined that Magnan was dishonorably discharged in 2010 by the Marines for his conviction at court martial for “serious offenses,” including abusive sexual conduct and forced sodomy.In a recorded interview, Magnan admitted to being dishonorably discharged and not being a member of the Marine Corps, according to the complaint. He was released on $100,000 bond Monday with conditions that he not travel outside Florida.He does not yet have a listed defense attorney. A spokesperson for the U.S. Attorney’s Office in the Southern District of Florida declined to comment beyond the facts in the criminal complaint. Copyright © 2020, ABC Audio. All rights reserved.