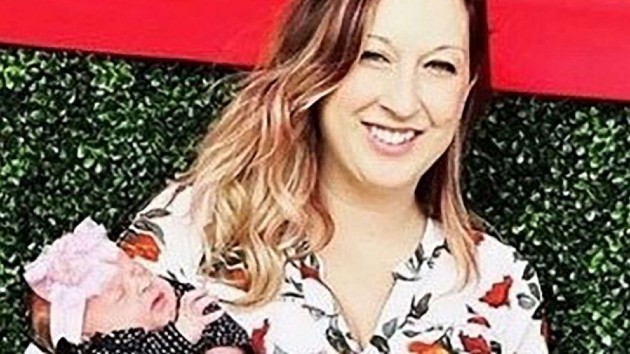 Austin Police Department (AUSTIN, Texas) — Newly released court documents allege shocking details surrounding the case of slain Austin, Texas, mom Heidi Broussard and her friend, Magen Fieramusca, who was charged with kidnapping. Broussard, 33, and her infant daughter, Margot, had been missing for a week when Broussard was discovered strangled to death near Houston on Dec. 19, according to officials. Margot was found alive and was reunited with her family, while Fieramusca was arrested for kidnapping.A decade-long friendshipFieramusca, 33, had been friends with Broussard for 10 years, ever since they attended the Texas Bible Institute together, according to court documents. Broussard’s fiance, Shane Carey, said Broussard and Fieramusca got pregnant around the same time and were both due in late 2019, according to court documents. Carey said the two friends talked about the possibility of delivering on the same day. Broussard was already mom to a young son.Baby Margot is bornBroussard’s water broke on Nov. 25, and the next day, Fieramusca — who would have then been about 37 weeks pregnant — drove from her Houston area home to the hospital in Austin, the arrest affidavit said. Fieramusca was in the room when Broussard delivered baby Margot, the arrest affidavit said.Court documents stated that “immediately after Shane Carey’s father was handed his grandchild, Magen Fieramusca interjected herself and asked to hold the newborn.” Broussard and Carey gave Fieramusca a key to their apartment, court documents said, and Fieramusca left the hospital and went to Broussard’s apartment, where she stayed until Nov. 27, before then driving back to Houston. Carey said he could never find that key again, court documents said.Another baby?Carey said that on Dec. 8 or 9, Broussard told him that Fieramusca delivered a baby girl, court documents said. Carey said he had seen her visibly pregnant, the documents said. Fieramusca’s ex-boyfriend, Christopher Green, told investigators that “he never saw Magen Fieramusca’s bare stomach during the pregnancy,” but he believed she was pregnant with his child, according to the documents. The two still lived together, although they were broken up, the documents said. Fieramusca later told investigators that she went into labor on Dec. 12 and went to a Houston area birthing center, but she could not remember the center’s name, according to the arrest affidavit. Fieramusca told investigators she brought her baby home on Dec. 12, the affidavit said.The case moves to HoustonOn Dec. 12 — the day Broussard and baby Margot were reported missing in Austin — surveillance video showed a car which looked like Fieramusca’s heading toward Broussard’s Austin home, the arrest affidavit said. Fieramusca’s phone also pinged near Broussard’s apartment the day she went missing, documents said. When investigators back in Houston spoke with Green, they showed him a flyer of missing baby Margot — and Green replied, “that’s the baby at my house,” according to the arrest affidavit.Investigators say they went to Fieramusca’s Houston area home where they smelled the “unmistakable odor of decomposing flesh” coming from the trunk of Fieramusca’s Nissan Versa. A woman’s body was found in a duffel bag in the trunk, documents said. Fieramusca is being held in Travis County on two charges of kidnapping and one count of tampering with a human corpse. Her first court appearance is set for next month. The district attorney’s office is “exploring every appropriate charge based on facts and circumstances in the case, up to and including capital murder,” Travis County prosecutor Guillermo Gonzalez said in a statement. Prosecutors have 90 days from the arrest to present a case to the grand jury, he said. No one has been charged with Broussard’s murder at this time. Fieramusca’s attorneys said Monday that the “cursory information” in the affidavit “is nothing more than mere allegations.” “We call upon patience and resisting the rush to judgment until all the facts are in,” her attorneys said in a statement provided to ABC News. The defense attorneys said Texas prosecutors aren’t required to give the defense all evidence until a grand jury indictment, but “Travis County has maintained a policy to provide pre-indictment discovery/evidence to the Defense team.” Fieramusca’s attorneys claim Travis County prosecutors are refusing to comply with that policy in this case, “citing case complexity.” “Due process requires fair dealing and full disclosure of ALL facts and mitigating circumstances no matter how complex, and time is of the essence,” the defense attorneys said. “We are exploring all options at our disposal to vigorously represent Ms. Fieramusca, considering the prosecution’s refusal to provide us with information at this time.” The district attorney’s office declined to comment on the defense’s statement. Copyright © 2020, ABC Audio. All rights reserved.