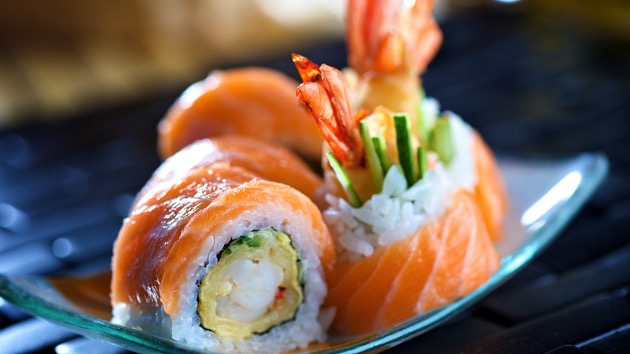 ShyMan/iStock(TOKYO) — Give a man a fish and you’ll feed him for a day, teach a man to bid on an even bigger fish and feed hundreds of hungry sushi customers.Kiyoshi Kimura, the self-proclaimed “sushi king,” spent big money on a massive bluefin tuna at Tokyo’s Toyosu fish market on Sunday, with a bid of 193 million Japanese yen, nearly $1.8 million, according to Kyodo News.The whopping silver-scaled bluefin fish, caught off the northern Aomori region of Japan, weighed in at 276 kg (608 pounds), which was the first bluefin tuna of the New Year sold at auction.Kimura, the president of Kiyomura Corp. who operates the Sushi-Zanmai restaurant chain in Tokyo, spent the second-highest price on record for a single fish.

Japan Tuna AuctionA sushi chef holds up the head of a bluefin tuna at a restaurant in Tsukji market area in Tokyo, Sunday, Jan. 5, 2020, after it was sold at the first auction of 2020 at Tokyo's Toyosu fish market. The tuna was sold 193.2 million yen Sunday(AP Photo/Jae C. Hong) pic.twitter.com/QDMd0AgFqG

Kimura also spent top dollar for a 278 kg tuna that he paid 2.4 million pounds for last year, according to The Times of London.”Yes, this is expensive, isn’t it? I want our customers to eat very tasty ones this year too,” he said at the market, according to The Times.Sunday’s purchase, according to Mr. Kimura, left him “even happier” than last year’s auction.Diners can get a taste of Kimura’s big purchase at his restaurant’s main location in Tokyo. Copyright © 2020, ABC Audio. All rights reserved.