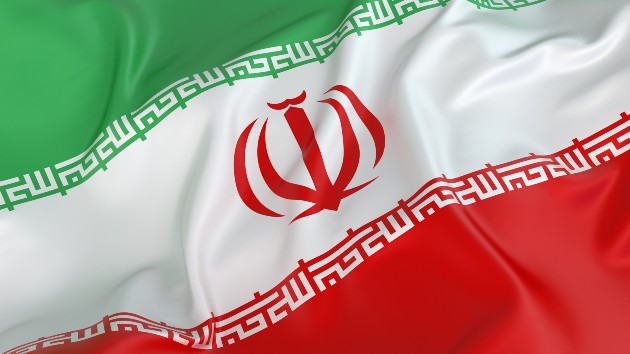 CGinspiration/iStock(NEW YORK) — One day after Iran’s government announced the country will no longer abide by any of the operational restraints on its nuclear program under the nuclear deal, President Donald Trump issued a new all-caps warning to Tehran. “IRAN WILL NEVER HAVE A NUCLEAR WEAPON!” the president tweeted on Monday.It’s a red line he has issued before, at times scolding Iran for recent steps to violate the nuclear deal from which he withdrew the U.S. and even warning Iran its moves could “come back to bite you like nobody has been bitten before.” The nuclear showdown threatens to exacerbate sky-high tensions between the U.S. and Iran just days after Trump ordered a drone strike that killed Qassem Soleimani, commander of Iran’s elite Quds Force and perhaps the second most powerful official in Iran’s government. Iran’s leaders have vowed to exact “vengeance,” while Trump has promised to fire back and sent thousands of more troops to the region.In a statement released on Sunday, Iran announced it would no longer limit the number of centrifuges it has in production, calling it the “last key item of its operational limitations in the JCPOA,” or the Joint Comprehensive Plan of Action, as the nuclear deal is formally known. After withdrawing the U.S. in May 2018, Trump reimposed crippling U.S. sanctions, fully enforcing them in April 2019 with an end to any oil sanctions waivers.Sunday’s announcement does not mean Iran is withdrawing from the deal, to which China, Russia, the United Kingdom, France and Germany also remain parties. Iran said it will continue to participate in the deal’s periodic meetings and allow for international inspectors from the International Atomic Energy Agency to visit its nuclear sites. Iran had already breached other restrictions under the deal — and while Iran hasn’t specified what nuclear activities will now come next — some analysts worry the move means the death knell for the deal and any restraints on Iran’s nuclear program.In July, Iranian President Hassan Rouhani announced the country had broken the cap on how much enriched uranium it can stockpile — the first of several steps that violate the agreement, but that Iran says are reversible should the U.S. again lift sanctions that it agreed to lift under the JCPOA or European countries find a way around them. “If the sanctions are lifted and Iran benefits from the JCPOA interests, the Islamic Republic of Iran is ready to return to its JCPOA obligations,” according to the government’s statement on Sunday.European powers have struggled to provide Iran the economic benefit it was supposed to get under the deal, with U.S. sanctions scaring away most business. The European Union created a financial mechanism to skirt those sanctions, but it hasn’t made a difference, particularly for Iran’s economic lifeblood — oil exports — which have dropped precipitously.Instead, every few months since July, Tehran has announced a new violation of another limit — at what level uranium is enriched, the kind of centrifuges it has installed and, most recently, where those centrifuges were active. In November, it took the controversial step to reinstall some at Fordo, what was once a secret underground facility the U.S. feared was at the heart of Iran’s nuclear weapons ambitions.There’s no indication that Iran is actively pursuing a nuclear weapon now. Its government, including Supreme Leader Ayatollah Khamenei, has said it will not do so, although a trove of secret Iranian documents obtained by Israeli spies in 2018 showed Tehran was previously working on it. Iran remains a party to the Treaty on the Non-Proliferation of Nuclear Weapons, or NPT, although Iran has threatened to withdraw from it in the wake of the U.S. withdrawal from the JCPOA. Experts estimate that if Iran were to take the necessary steps towards nuclear weapon production, the so-called “breakout time” would still be closer to one year — although a bit less than under the deal, given Iran’s steps in the last eight months. Iran is still enriching uranium at about 4.5%, but if it increased to 20%, which is considered highly enriched, it is a quick step to 90%, which is weapons-grade. But with the violations compounding, European countries may move to launch a dispute resolution under the deal’s framework, arguing that Iran had violated its commitments and eventually leading to renewed United Nations sanctions on Tehran. Copyright © 2020, ABC Audio. All rights reserved.