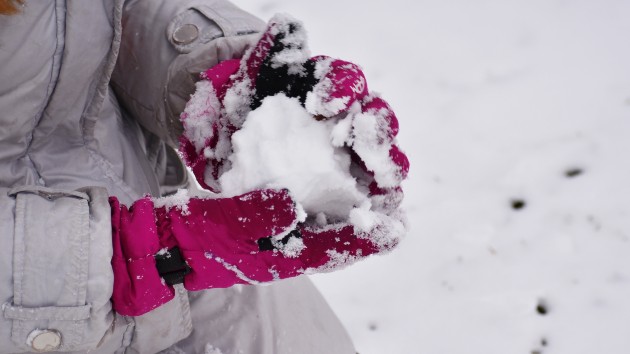 Victoria Denisova/iStock(MILWAUKEE) — Police are searching for a Milwaukee driver who allegedly shot two children who threw snowballs at their vehicle. Officers with the Milwaukee Police Department said they’re searching for the driver of a white Toyota who shot a 12-year-old girl and a 13-year-old boy over the weekend. The children were throwing snowballs at passing cars along with several other kids when they were wounded on Saturday night. Police officers responded to a call at around 8 p.m. and gave the children first aid until they were transported to a nearby hospital. “Preliminary investigation indicates both victims were with a group of juveniles throwing snowballs at cars passing by,” the department said in a statement Monday. “One of the snowballs struck the suspect’s vehicle and the driver of the auto fired shots into the group of kids striking the two victims. Milwaukee Police continue to investigate this incident and seek the unknown suspects.”The two children’s injuries were described as non-life threatening and they are now recovering, according to police. Investigators are searching for surveillance footage from nearby homes for clues. No arrests had been made as of Monday evening.Residents in the northern Milwaukee neighborhood where the shooting occurred said the incident has shaken the community. “Me and my wife, we got six kids, we in the kitchen, all of the sudden you hear all these loud booms, so I actually told everybody to get down,” Ravell Davis, who lives nearby, told Milwaukee ABC affiliate WISN-TV. “It’s getting bad. You know, it’s ridiculous when you look outside and the front and side of your house is taped off. It’s getting real crazy now.” Police said anyone with information on the shooting should call the department at 414-935-7360 or Crime Stoppers at 414-224-TIPS.