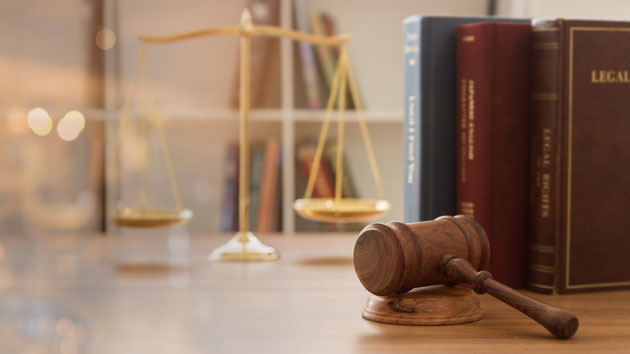 iStock(NEW YORK) — The New York State attorney general announced restaurateur Ken Friedman has agreed to a six-figure settlement as part of a human rights investigation nearly two years after multiple sexual harassment allegations.Friedman, who is the principal owner and operator of The Spotted Pig, will pay a total of $240,000 to 11 former employees of the West Village Restaurant, Attorney General Letitia James announced in a press release Tuesday.The settlement also includes a 10-year profit-sharing arrangement.The investigation found that “the restaurant maintained a hostile workplace where numerous female employees were subjected to severe and pervasive incidents of unwanted touching and unwelcomed sexual advances by Friedman,” the press release states.Friedman, according to the press release, “forcibly kissed employees and pressured them to send him nude photos.””No matter how high-profile the establishment, or how seemingly powerful the owners, today’s settlement reiterates the fact that we will not tolerate sexual harassment of any form in the workplace,” James said. “I thank the women of The Spotted Pig for their bravery, their voices, and their unwavering commitment to ensuring a safe, harassment-free workplace.”Friedman was not charged criminally in the case.In a statement to The New York Times, Friedman said he is “sorry for the harm I caused” and “being part of an environment where women were afraid to speak up.””I will spend the rest of my life regretting my actions, and trying to be someone worthy of the respect and love of my family,” Friedman said.”While I am aware that nothing will completely repair the damage I’ve caused, and although I disagree with several of the allegations, I hope this agreement will bring some comfort to those former employees impacted by my behavior. And I hope we are all able to put this painful chapter behind us,” he added.Friedman will step down as the operator of The Spotted Pig, but since he will retain shares in the company, he is required to turn over 20% of all future profits earned from the restaurant, with the former employees and victims of sexual harassment, for a 10-year term, according to the terms of the settlement.In addition to the monetary compensation from the settlement, The Spotted Pig has agreed to implement new policies, which inform employees of their rights under the law, and to provide and require training for its employees and managers on anti-sexual harassment, discrimination, hostile work environment and anti-retaliation protections under the New York State and New York City Human Rights Law, according to the AG’s office.Additionally, Friedman won’t have a role or any supervisory authority in the restaurant’s management or operations, the press release states.The investigation concluded that Friedman’s alleged behavior and misconduct dates back to 2004.”Friedman and other celebrity customers regularly made sexually explicit comments and gestures toward female staff members,” the attorney general’s release stated. “On more than one occasion, Friedman forcibly kissed employees and pressured them to send him nude photos.”Celebrity chef and restaurateur Mario Batali, who was accused of sexual assault in 2018 as first reported by Eater, also once owned a small percentage of The Spotted Pig.One of the alleged assaults by Batali, all of which he denied, was said to have happened at a third floor private room at The Spotted Pig, a former employee first told CBS 60 Minutes.Although there were no criminal charges filed against Batali, he previously issued a statement that appeared to acknowledge that he had engaged in “wrong” behavior and apologizing to those whom he has “mistreated and hurt.”Batali initially stepped away from day-to-day business responsibilities at his restaurants and was later “fully divested” in March 2019, his former partner Joe Bastianich said in a letter obtained by ABC News.Copyright © 2020, ABC Audio. All rights reserved.