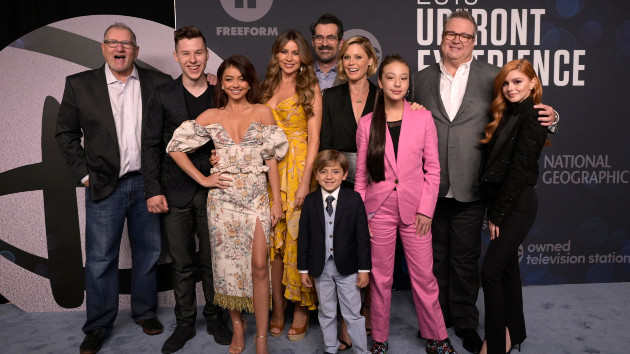 Walt Disney Television/Jeff Neira(LOS ANGELES) — At the 2020 Television Critics Association winter event in Los Angeles, ABC announced it was dipping back into live TV with a musical version of the classic comedy Young Frankenstein, and a live episode of The Conners.

On the heels of December’s The Wonderful World of Disney presents The Little Mermaid Live!, ABC will undertake Young Frankenstein Live!, produced by original film’s legendary director, writer, actor, comedian, producer and composer, Mel Brooks. The live production will feature music from the stage adaptation, which was originally composed by EGOT-winner Brooks. An airdate and cast announcement will be made at a later date; the title of the production could also change. The Conners will air live on the night of the New Hampshire primary, Tuesday, February 11 at 8:00 p.m.  The cast will perform the episode live for both the East and West coast broadcasts, the network revealed, and real-time ABC News coverage of the first-in-the-nation New Hampshire primary will be incorporated into the story as the results roll in during the evening.As for the 11-seasons-old Emmy-winning hit Modern Family, ABC will send the show off in grand style, with a marathon on Wednesday, March 11.  It’ll feature the show’s pilot episode, as well as five episodes picked by fans via a daily Twitter poll that starts February 3.The series, which stars Julie Bowen, Ed O’Neill, Sofia Vergara, Ty Burrell, Jesse Tyler Ferguson, Eric Stonestreet, Rico Rodriguez, Nathan Gould, Sarah Hyland, and Ariel Winter, takes its final bow April 8.

Coronavirus live updates: US surpasses 25 million cases
Station wagons are back. And they’re faster than ever
Yemen, on brink of collapse, may suffer further after Trump decision on Ansar Allah
Early indications show honeymoon period for Biden administration: POLL
Coronavirus live updates: University of Michigan pauses all sports after positive tests
Turbulent week of weather ahead with 3 different storms tracking across US