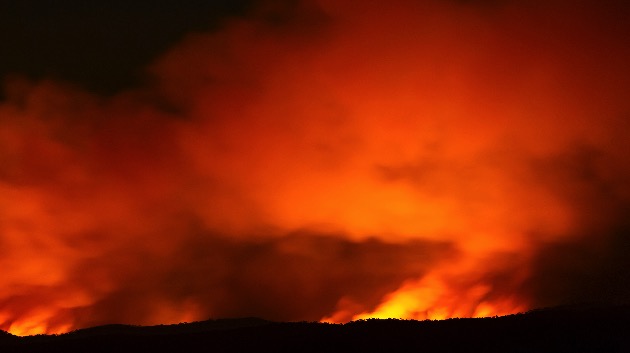 mamember/iStock(MOLLYMOOK, Australia) — Almost 800 homes have been destroyed in eight days in the devastating wildfires ravaging Australia, officials said Wednesday.So far this fire season, 1,687 homes have been destroyed in New South Wales, with 771 homes lost since Jan. 1 alone, according to the state’s Rural Fire Service.”That figure is likely to increase,” a tweet from the firefighting agency read.Australia’s fire season typically runs from December to March, but these fires began in September and are expected to last for several more months.Paula Ugrinov, a resident of Mogo, New South Wales, was one of the many residents whose home no longer stands.She received a call from her neighbor that her house had been destroyed, and on Wednesday, she returned to see it for herself.”It’s just so naked. It looks bizarre,” Ugrinov told ABC News’ Chief Meteorologist Ginger Zee.Ugrinov said she isn’t sure what she will do next, but is confident Mogo will stand tall once again.”I just think that the community will pull together even stronger. It will be restored,” she said. “I believe God can work through this and restore.”

So far this season 1,687 homes have destroyed & more than 21,000 buildings saved. Since 1 Jan, 771 homes lost. This figure is likely to increase. It will take time for teams to work through these areas due to limited access on isolated roads and villages. #nswrfs #nswfires pic.twitter.com/ieLh9UxtFT

Firefighters have managed to save more than 21,000 homes in New South Wales, according to the Rural Fire Service.At least 25 people have lost their lives and more than 2,000 homes have been destroyed across the country, Australian Prime Minister Scott Morrison said Monday. Over 12 million acres have burned in Australia since the start of the fire season.New South Wales has been hit especially hard. As of 9 p.m. local time Wednesday, there were 127 bush and grass fires burning there, with 56 still not contained, according to the Rural Fire Service.An estimated 480 million animals have died in the fires in New South Wales, located in the southeastern part of the country, according to ecologists at The University of Sydney.Spotty rain hit the region earlier this week, though it didn’t provide the relief many hoped for.Inspector Ben Shepherd with New South Wales Rural Fire Service said the rain actually hampered firefighters’ efforts to back burn, an essential process in putting out wildfires.A backfire is intentionally set in front of a wildfire and is used to prevent the fire from spreading, according to the International Association of Fire and Rescue Services. The backfires consume some of the combustible material and creates a belt that the wildfire can not easily penetrate, according to the association.The rain hinders the fuels and makes it harder, if not impossible, to begin back-burning, Shepherd said.Temperatures are expected to rise this weekend and winds will increase, helping fuel the flames.Copyright © 2020, ABC Audio. All rights reserved.