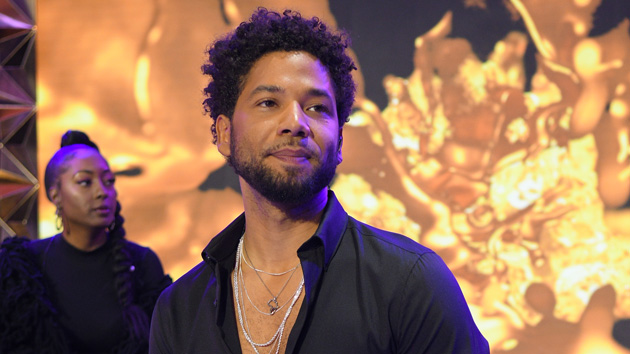 ABC/Lorenzo Bevilaqua(LOS ANGELES) — Empire fans finally have their answer about Jamal’s fate.  Jussie Smollett will not return for the show’s final season.

Fox Entertainment President Michael Thorn confirmed to TV Line on Tuesday that “We’re not going to bring Jussie back to the show.”

Smollett was officially written out of the show toward the end of its fifth season.  Empire’s sixth and final season airs this spring.

Thorn went on to explain, “There were a number of factors that went into the decision to not bring him back. There were many points of view about if he should come back or if he shouldn’t. As hard as a decision as that was, for us — and when I say us I mean the network, the studio and the producers — it felt like it was in the best interests of the show and the cast.”

Thorn expressed hope that Smollett’s controversy, where he staged a hate crime against himself, will not detract from Empire’s final season.

Questions about whether or not Smollett’s Jamal would make an appearance in the final season sparked mid-December when Empire showrunner Brett Mahoney revealed to TV Line that there were discussions about the character’s potential return.

However, Empire’s creator Lee Daniels has been adamant that the actor is not welcome on his show.  In June, Daniels responded to a gossip report about a potential return on Twitter, writing, “This is not factual. Jussie will NOT be returning to Empire.”

Last January, Smollett claimed he was the victim of a hate crime, where two masked men assaulted him.  A month later, police determined that the attack was a hoax and charged Smollett with filing a false report.

All the criminal charges were eventually dropped against Smollett in June.