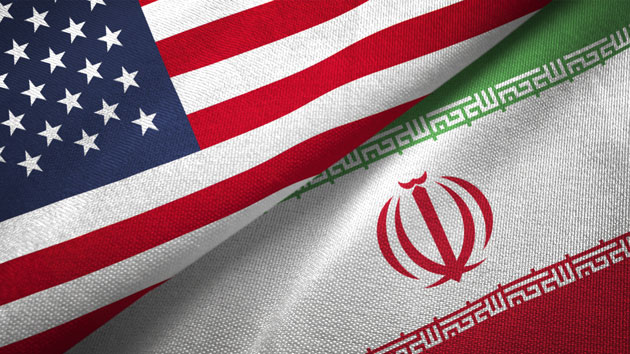 iStock(WASHINGTON) — The U.S. now believes that Iran launched between 20 and 24 ballistic missiles on Tuesday night at two military facilities in Iraq that house U.S. troops, according to a U.S. official.In the aftermath of the strikes on Tuesday, a defense official told ABC News that Iran had fired 15 missiles of which four “failed in flight.” But new information shows there were actually between 20 and 24 ballistic missiles launched from multiple locations inside Iran beginning at approximately 5:30 p.m. EST on Tuesday.While two U.S. officials said they were a combination of short- and medium-range ballistic missiles, a senior State Department official told reporters on Wednesday afternoon that they were assessed to be all short-range.According to one official, 15 of those missiles struck Al Asad Air Base, causing damage to some structures that was visible in new satellite imagery released by Planet Labs on Wednesday.Other missiles impacted near Irbil in northern Iraq, while a small number landed in the vicinity of Taji. But the official said it’s unclear if the Iranians were targeting a base there known as Camp Taji or if they impacted there because of malfunctions.The second official said there are no indications that the U.S. intercepted any of the missiles using air defense systems. The missiles were fired from a mix of mobile and non-mobile launchers and were in the air between five and 10 minutes, the first official added.No American, Iraqi or coalition forces were killed in the attacks. In a speech on Wednesday, President Donald Trump said that was because of “precautions taken” and “an early warning system that worked very well.”While the president didn’t elaborate further on that early warning system, the U.S. uses satellites to monitor missiles launches from a number of adversaries around the globe. The satellites, known as the Space Based Infrared Systems (SBIRS), use infrared technology to scan landmasses for missile launches that could pose a threat to the U.S. homeland or American personnel overseas.Within seconds, the sensors can pick up the heat signature from a missile launch and begin tracking a missile’s trajectory. It’s possible that data was passed to military commanders in Iraq who would have ordered personnel to shelter.Sources told ABC News on Tuesday that U.S. troops were in bunkers at the time of the attack — a sign that there was enough of a warning to alert them of possible danger.The U.S. official would not confirm if SBIRS was the early warning system that the president credited, but confirmed that U.S. “internal warnings guided our reactions.” The official indicated there was additional information that American facilities in Iraq were in danger but declined to provide specifics.”The actions we took ahead of time saved American lives,” the official said.There could have been a number of other reasons American forces — who were already at heightened state of alert — were safely postured for the attack.The Iraqi Prime Minister’s office told ABC News that Iran provided the Iraqi government with advanced notice of the imminent attack more than hour before it occurred without providing specifics. It’s possible the Iraqis passed that information to their U.S. military partners on the ground, but the prime minister’s office declined to say. U.S. officials could also not confirm on Wednesday, with one saying the internal warnings were what drove the American safety posture.ABC News’ Ian Pannell contributed to this report from Irbil, Iraq, and Conor Finnegan contributed from the State Department in Washington.Copyright © 2020, ABC Audio. All rights reserved.